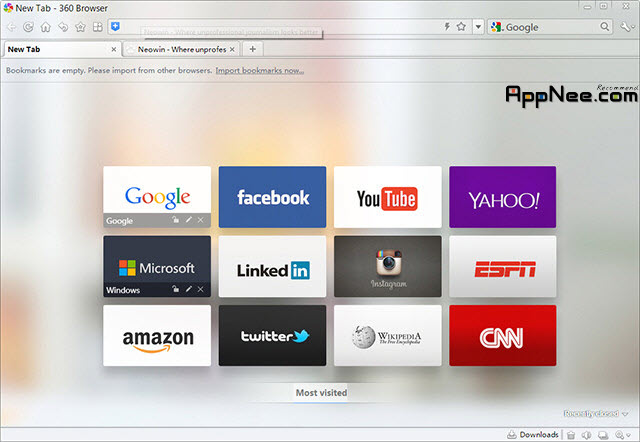 360 Browser used to be mainly focused on the Chinese market (named as 360极速浏览器), just similar to Maxthon, but now it has been expanding, and with powerful features.

Most often, I install only three web browsers at most, that is “IE + Chrome + Firefox“, and I personally think that other so-called browsers are all just “alive”, gather together for a jollification. Due to finding Google‘s Chrome is really more and more slow, very high resource usage (especially when watching the online video); plus I has been suffering from the frequent instant crash of Mozilla Firefox (as long as calling out the Adobe Flash Player Plugin) for a long time. Until today, I found and tested this so-called “top-speed browser” 360 Browser, which is just one solution that there is no other better choice.

The resulting data is as follows, you will know that after a look, the test method is to play different online videos from the same website. BTW, you can easily (automatically import your bookmarks from any browser with one-key). And of course, there are many other useful and cool features of 360 Browser waiting for you to explore. 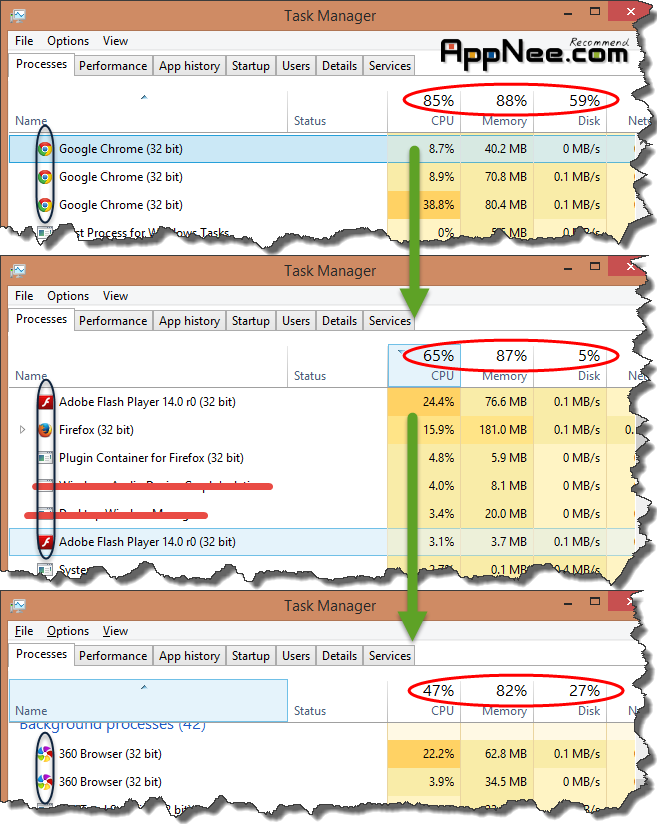 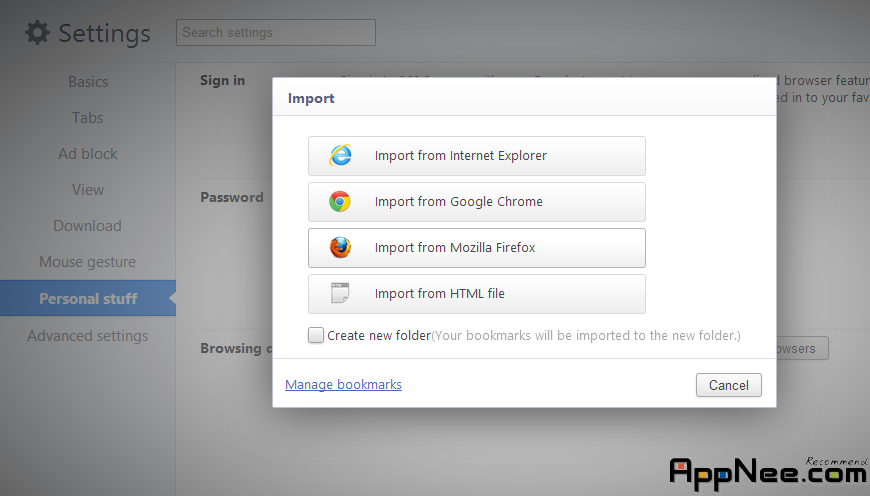 The official site has discontinued its development since 07/05/2014, but AppNee provides everyone 360 Browser v7.5.2.110 Final full setup from official site.