Akumajou Dracula X: Gekka no Yasoukyoku is the Japanese version (only sold in Japan) of the Castlevania: Symphony of the Night (悪魔城ドラキュラＸ ～月下の夜想曲～) originally released on PlayStation (PSone, PSX) console. It was published as the direct sequel of Akumajou Dracula X: Rondo of Blood, for Sega Saturn platform.

After ported from PlayStation, in this Japanese version under Sega Saturn console, you are allowed to play as 3 characters (Richter Belmont, Alucard or Maria Renard), and added two new map areas (Underground Garden, Cursed Prison) for players to explore, as well as many items new added. Therefore, Akumajou Dracula X: Gekka no Yasoukyoku likewise became one classic work on SS platform.

Although Akumajou Dracula X – Gekka no Yasoukyoku only has a Japanese version, AppNee still managed to get and share its English patched version to facilitate players out of Japan speaking English to enjoy this wonderful game work. 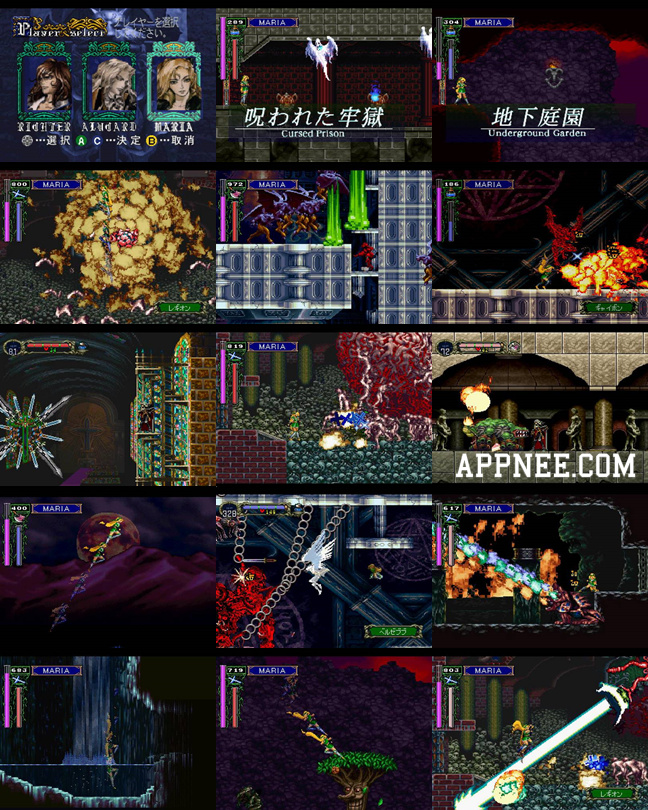