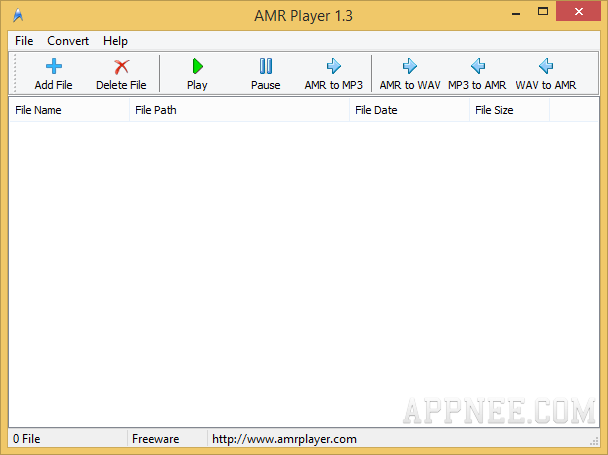 AMR (Adaptive Multi-Rate) is the most widely used, compact voice standard in the mobile communication systems (its audio file size per second can be controlled at about 1KB). It was known as the most common saving format for mobile phone audio recording (including old-fashioned ringtone formats) and widely recognized by each big mobile phone manufacturer. At the same time, it is also the only audio format that implemented loading vocals in the MMS. 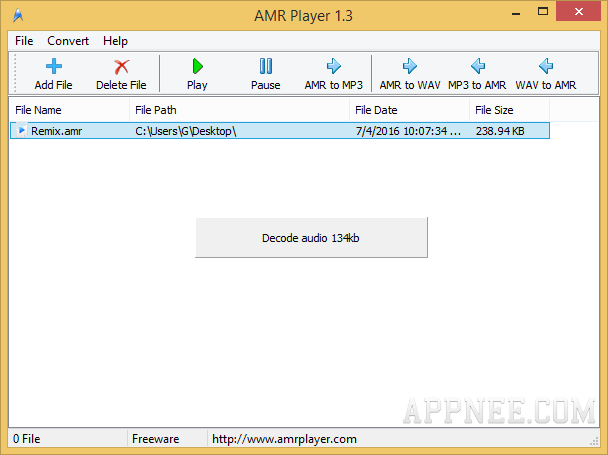 When our computer is not equipped with the AMR audio decoder or the built-in player in your mobile phone was removed, we need to use special tools to play or convert AMR audio files.

AMR Player is such a simple but efficient freeware specially designed for opening/playing and converting AMR format of audio file generated by speech recording app in mobile phone. Although we can use it to play the *.amr audio files recorded in mobile phone on Windows, while most often, we would prefer converting AMR to WAV/MP3, so as to realize its universality. By the same token, the reverse conversion does not make much sense.

The audio file should not contain any non-English or special characters, otherwise it might probably give error message “Can’t decode file”!