On the one hand, Army Men II added more weapons and enemies (from suicide bombers, zombies to cult members, military fanatics and cockroaches) to attract players’ attention; On the other hand, it started using a portal system, which is used to move back and force between our “Real World” and Army Men’s “Plastic World”. The whole game consists of 12 stages, each with a map, in which you have 2~3 tasks to finish. Notes: in general, if your soldiers died, the game system would not send you more. That means, if you don’t want to be an army of one, be sure to protect your soldiers carefully.

BTW, after all, the artificial intelligence of enemies in any game is low, so they usually find a balance in terms of quantity. Plus, searching for the enemy’s hiding place is an important part in action. 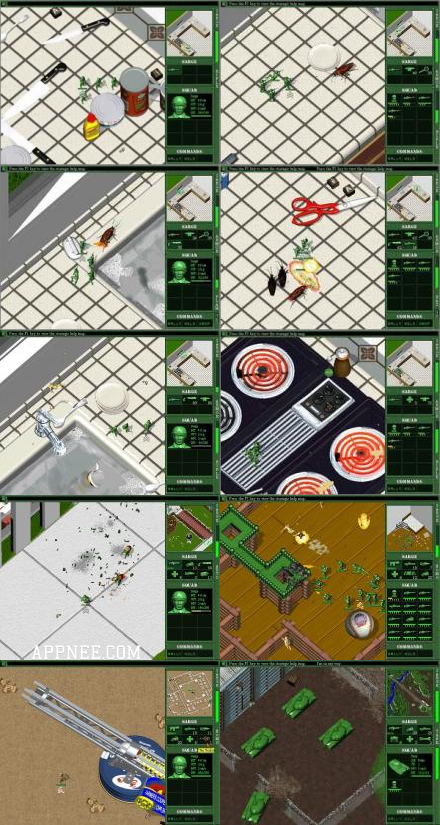