Army Men is the first work of The 3DO Company‘s whole series of RTS (Real-Time Strategy) video games which primarily inspired by the popular movie Toy Story at that time. It was published in 1998 and later ported to Game Boy Color handheld platform in 2000. There is no doubt that Army Men series is one of the classic games many old players do not want to miss.

Army Men has unique style of cut scenes and narrative mode that created their own brand and characteristics at that time. In addition to coming with excellent 3D graphics & special effects (in those days), Army Men’s production team also deliberately go to the real military exercises to record the sound used for game. As a consequence, Army Men’s sound effects are pretty realistic.

It should be noted that, in Army Men, although there are a variety of weapons, none of them are invincible. That’s to say, you have to choose the right weapon according to different situations in order to obtain the initiative on the battlefield. At the same time, game player’s action is not isolated or helpless, you can call air support, mobilize paratroopers, perform air reconnaissance on the enemy positions, etc. In addition, during each mission, you are able to pick up the remaining equipment in the last mission. Plus, this small game contains a series of campaigns and dozens of different missions. All of these make the whole game has a sense of continuity, and thus becomes very playable. 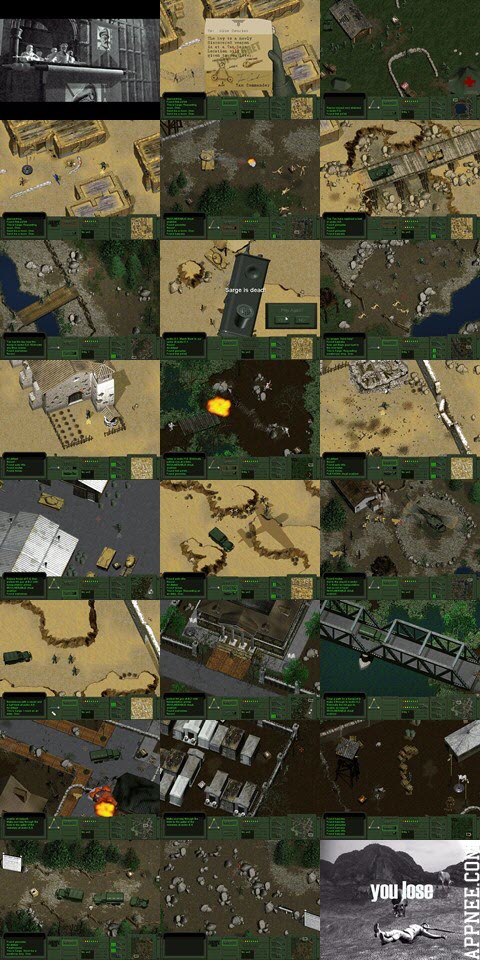