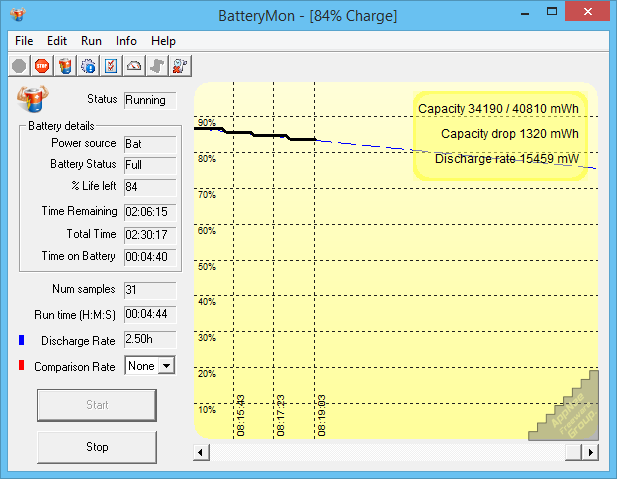 As many of us have experienced, a laptop’s battery life (i.e.: the power storage capacity) plummets after a few years of use. This is often not because the battery itself has aged, but because the BIOS system of a laptop misjudged the battery’s power capacity during a number of charging and discharging processes. In this case, don’t be in a hurry to sentence your battery to death. Instead, we can make a battery’s power storage capacity fully restored through “battery calibration” this simple yet effective method.

There are roughly three methods for battery calibration: perform calibration in BIOS (some brand computers provide dedicated tool for this); manual calibration (as follows); and make calibration using dedicated software (according to the computer model). PassMark Software’s BatteryMon is a free battery design capacity repair, correction software for laptop and UPS, with excellent results. For example, if your laptop battery can only last about 20 minutes now, it may recover to one hour and a half after using this software to calibrate it once, without exaggeration. Charging/discharging battery via BatteryMon twice may even recover its power capacity to two hours. Besides, BatteryMon is also tool that can be used to monitor the battery usage of laptop and UPS, and thereinto all parameters of battery are expressed by intuitive charts in real time. 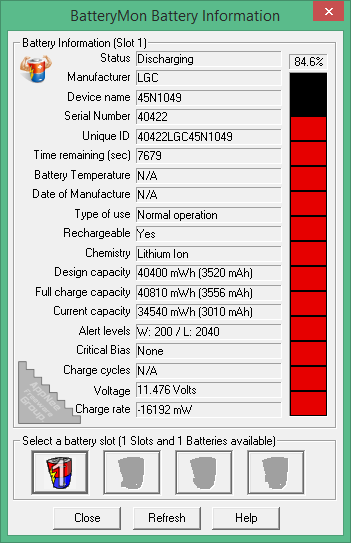 The purpose of sharing this small app is to let everyone know that there is one working software solution that can really help us restore the design capacity of laptop or UPS battery – not just the only way of putting the battery in a refrigerator for 12 hours. Second, we can also use BatteryMon to perform real-time monitoring to the battery state in all aspects at ordinary times.

Finally, I’d like to correct one common fallacy: using a laptop via an AC connection while having its battery mounted is far from being the reason to shorten the battery life. On the contrary, the root cause of impacting on battery life is the time, strength and manner of using a battery, which absolutely has nothing to do with whether the power supply is on or not. As a consequence, you don’t have to unplug the battery when your notebook PC is connected to the power adapter. Otherwise, you might easily encounter the hardware or system damage, even data loss due to a sudden power failure. BTW, any battery itself has a service life, and not permanently can be corrected, repaired through these methods. 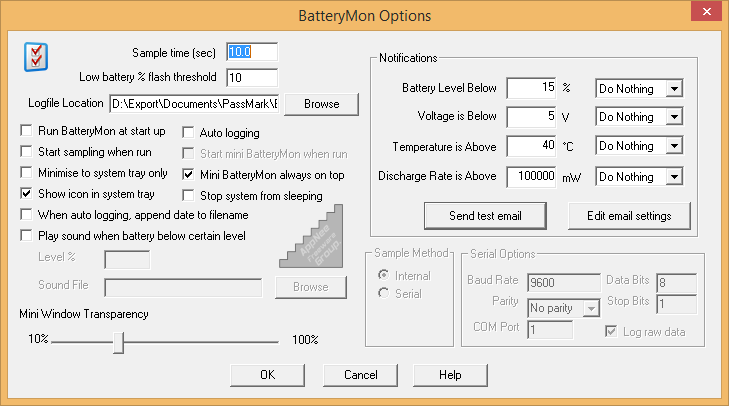 The following information is provided for each installed battery (when available, as not all batteries will support all of these features).

The so-called correction is carry out a deep charge and discharge operation on a battery when its actual capacity is not the same as the recorded capacity in the control circuit, so as to make the control circuit refresh its record and make it very close to the actual situation of this battery.