I have searched any games that are similar to Project I.G.I., but the games recommended by so many netizens are almost always the same ones, such as: Medal of Honor series, Delta Force series, Tom Clancy’s Splinter Cell series, Metal Gear Solid series, GoldenEye 007 series, Tom Clancy’s Rainbow Six, Line of Sight: Vietnam, Thief series, Desert Combat series, Battlefield series, Operation Flashpoint, Hitman series, Crysis, Far Cry, Tom Clancy’s Ghost Recon series, and more. But finally I found a game that is much closer (can be regarded as a remake) to I.G.I. series – Beyond Enemy Lines.

Beyond Enemy Lines is a sneaking type of first-person shooter (FPS) game with very high degree of freedom, developed by the independent game developer Polygon Art from Germany. AppNee would like to remind fans players of I.G.I. series one thing: Please be prepared that Beyond Enemy Lines’ hardware requirement is higher than its manufacturing level – In other words, it imitates I.G.I. in almost every aspect, but does less well everywhere as the former. Because it has a lot of bugs to fix, as well as too many shortcomings to make up for. For example, the scenes of game are all too dark, which thus very badly exacerbates the player’s vertigo feeling in game; The enemy’s AI design is so weak that they don’t seem to have eyes on them. They don’t even react until you stand in front of them and shoot at them over and over; The gun has no aiming reticle; No fleshy feeling when shooting the enemy; The “Bloody” pictures are just like extruding the tomato sauce; The only map tool you can count on is a satellite positioner… 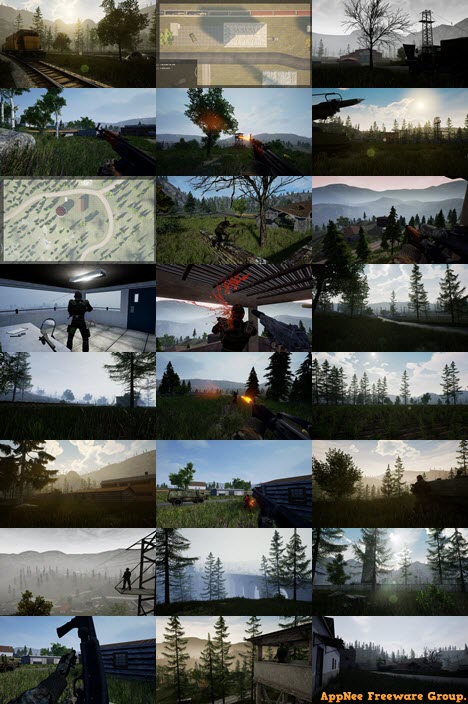