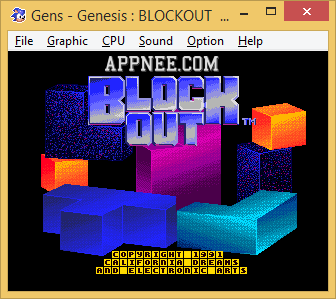 Many players maybe played some stereoscopic Tetris game, but if it is in real three-dimensional space, I don’t think many guys have tried. If interested, you can try this real-3D Tetris puzzle video game – Block Out, which is old though (released in 1991 by California Dreams, developed in Poland), but still very interesting.

Block Out gives a person with full of stereo and space feelings, with graphics were even some of avant-garde at that time, as well as very simple operation and rules which are basically the same with the ancestor of Tetris. Generally, it is not straightforward enough, so that we often make mistakes because the visual error. So it is not easy to get started, and the game difficult is a little hard which is more suitable for players who like challenging games. 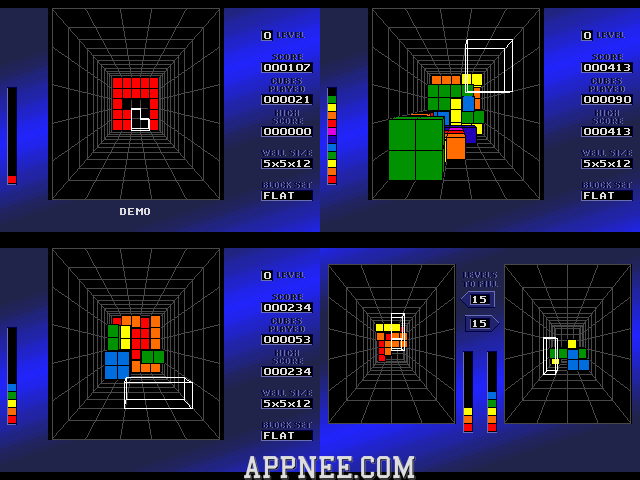 Because it a video game ROM file based on the emulator, so we must use the proper emulator to play it. But don’t worry, I have packaged the “ROM + Emulator” for you, you only need to click “File -> Open ROM” to start this game.