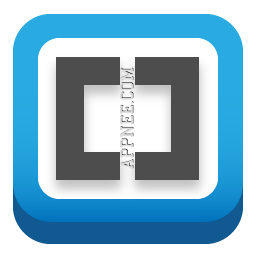 Brackets (successor of Edge Code, and should be called Adobe Brackets) is a cool, lightweight, powerful, free and open-source/cross-platform web front end developing IDE for Windows, Mac OS X and Linux. It’s created and maintained by Adobe Systems, written in HTML, CSS, and JavaScript and focuses on modern web design/development.

Compared with Adobe Dreamweaver, The characteristics of Brackets are simple, flexible, elegant and fast! It neither has lots of views or panels, nor has too many bells and whistles. Because its core goal is to reduce inefficient and repetitive work in the process of development, such as browser refresh, modifying the elements style, search function and so on. 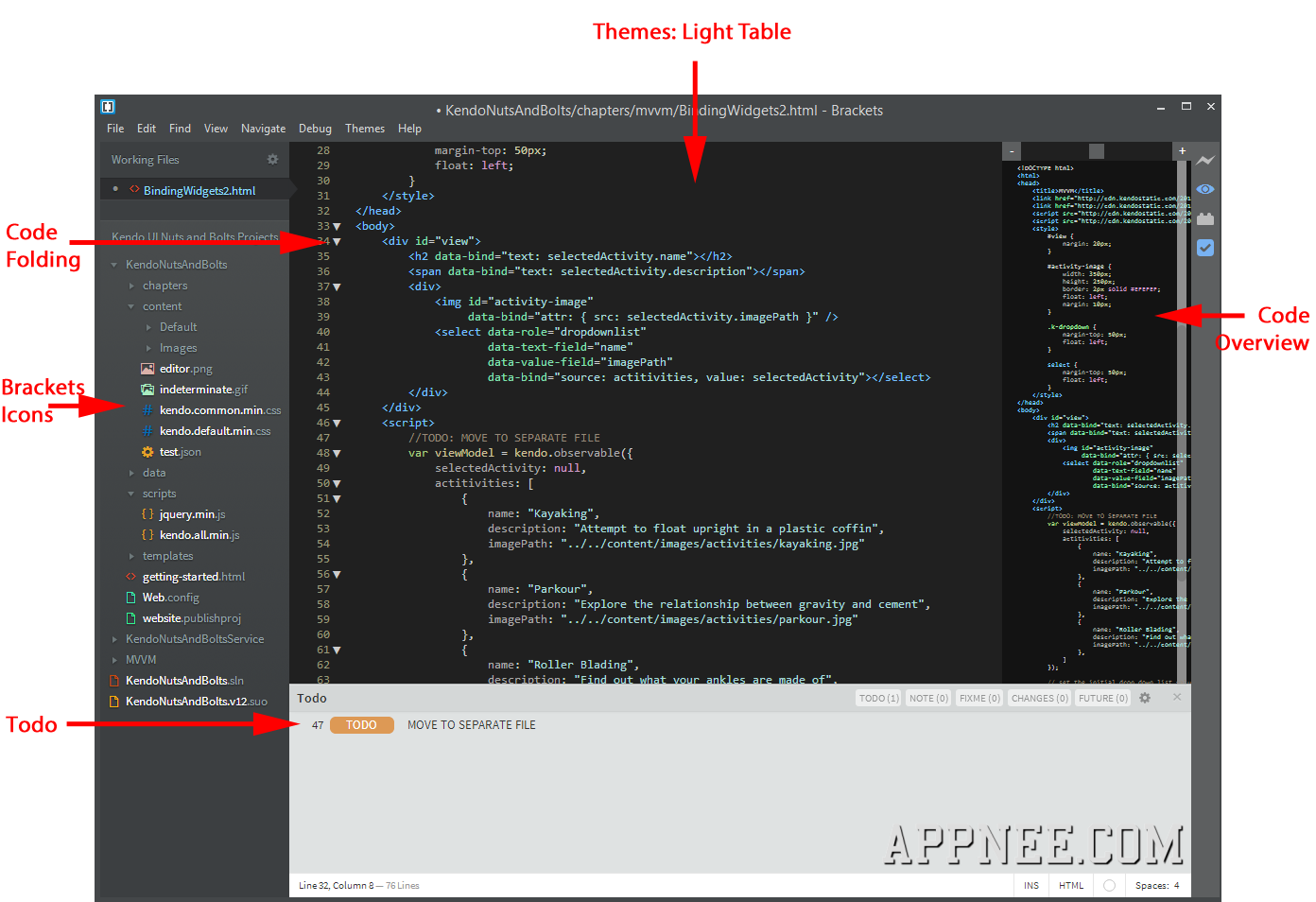 It’s also different from the Sublime Text, EverEdit and other generic professional code editors, Brackets is specifically targeted at the Web front-end development. But it also supports rich plugins just like the Sublime Text, so as to provide extra functionality extensions. Because it is “new”, it’s obvious that Brackets does not have as many users, fast running speed and very mature design as the Sublime Text for now, but in the end it will slowly become popular.

Some designers may be used to use the Dreamweaver, but AppNee advises you to give up to use it as early as possible, don’t wait for Adobe has announced that they no longer develop it. In other words, Sublime Text, Brackets or many other code editors are really much more powerful than Dreamweaver in the long term, and helpful for the future road of your web front end design/development. 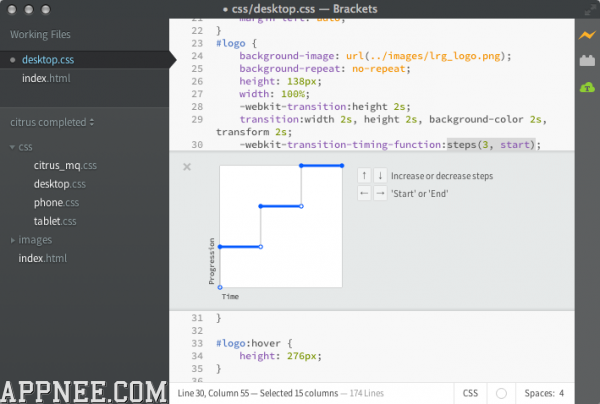 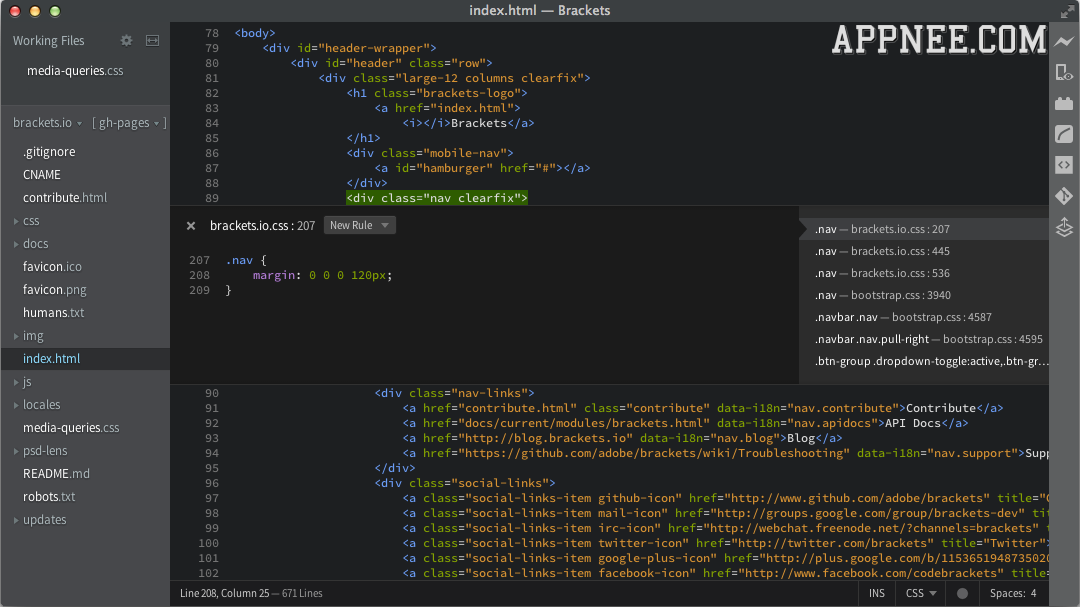