After buying a new PC, many advanced computer users want to know whether the hardware system is potentially faulty or not within a short time. That’s when you need some professional PC hardware stress testing tools like BurnInTest to get a quick answer. More than this, the company can use such a tool to test the stability of Flash chips of USB flash drives before they are put into mass use.

What BurnInTest does is fully activate, utilize the specified or all hardware resources of a PC in a short period of time, in order to bring the intermittent or hidden problems to the surface. Therefore, if you’re suspicious of the entire computer system’s stability and want to find the most vulnerable spots, then BurnInTest can help you quickly and precisely figure out the crux. In addition, for those crazy computer overclocking enthusiasts, BurnInTest also can be used to test the stability of computer after overclocking. 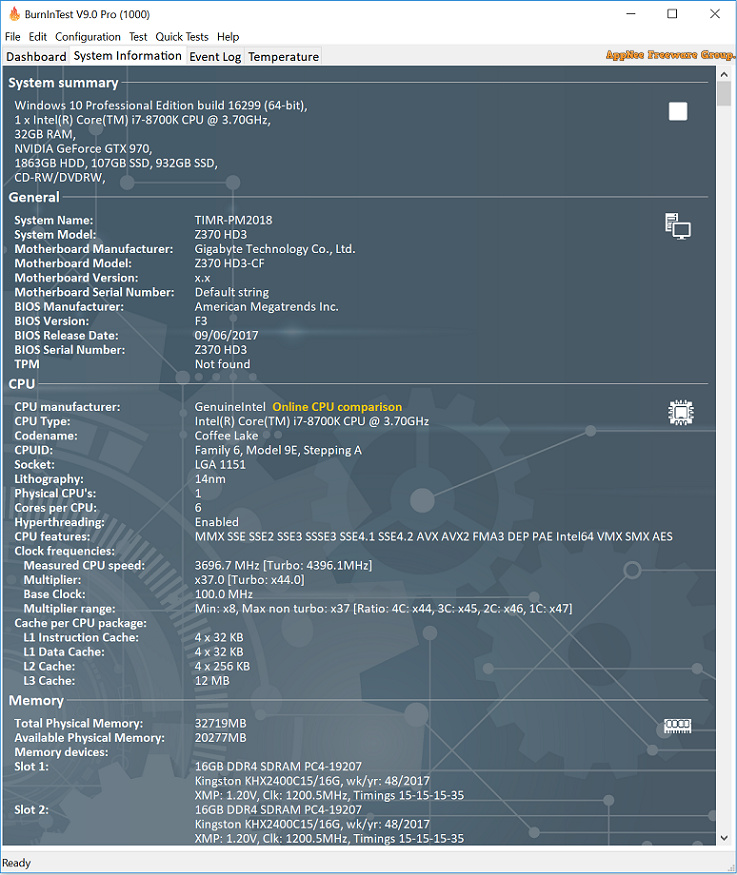