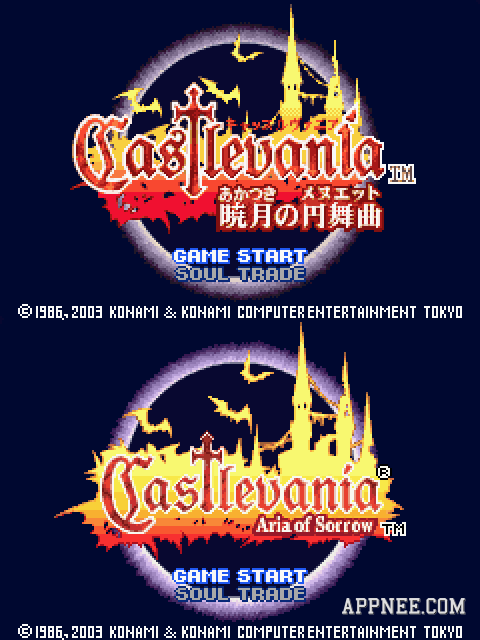 Castlevania: Aria of Sorrow (AKA: キャッスルヴァニア ～暁月の円舞曲～, Castlevania: Minuet of Dawn, Castlevania: Akatsuki no Minuet) was released by KONAMI in 2003, as the third and final work of the whole Castlevania series for the Game Boy Advance game console.

Succeeding Castlevania: Symphony of the Night, in Castlevania: Aria of Sorrow, the protagonist no longer uses a whip to attack. Instead, the game introduced a new weapon replacement system, which changed the drawback of can’t change weapons in the past. Particularly worth mentioning is another brand new and special element ‘Soul’ system, with which players can learn skills from monsters, so as to use the enemy’s weapon or tactics to fight back.

As the 3rd work on GBA console, also the one gained the best word of mouth from players (actually my favorite is still the Castlevania: Circle of the Moon). Castlevania: Aria of Sorrow’s difficulty is moderate, it will be very easy for clearance as long as you master some operative skills. Besides, the graphics still keep the traditional style, and also has some notable innovations, to some extent, it was regarded as the pinnacle work on GBA console. 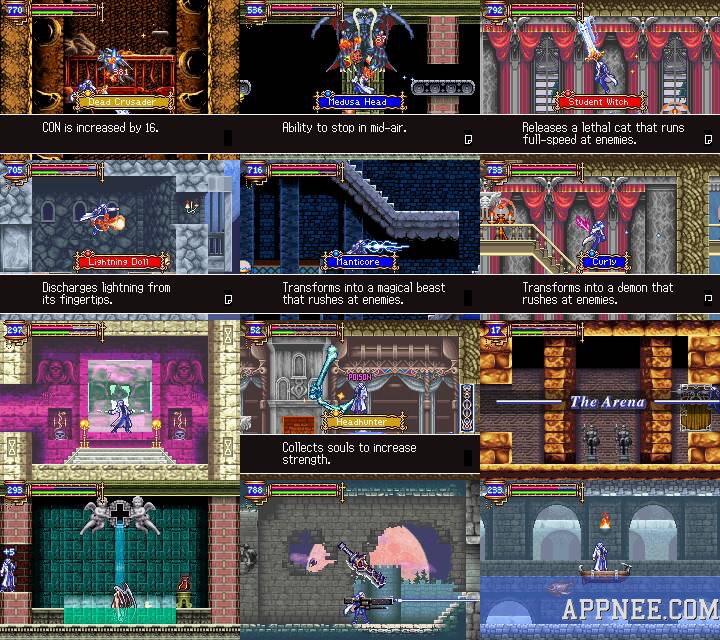 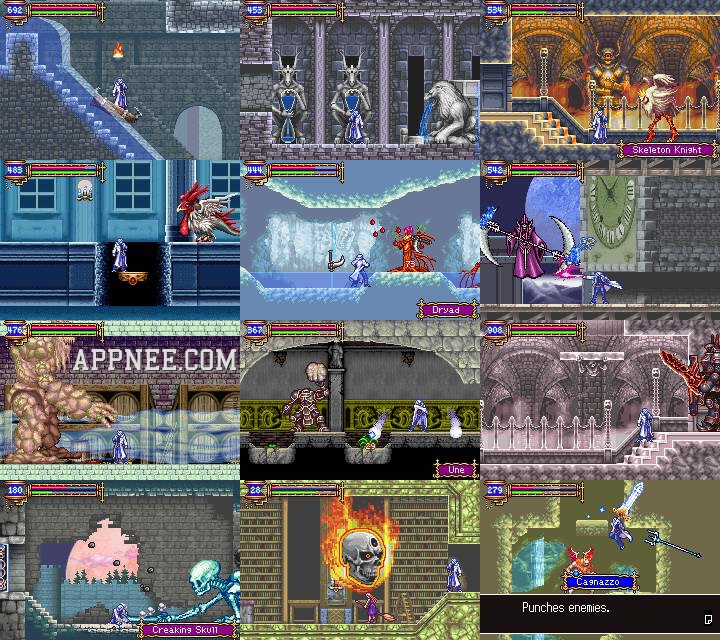