Castlevania: Dracula X is the second work of KONAMI‘s Castlevania series released on SNES game console. Although as the transplantation work of Castlevania: Rondo of Blood on the PC Engine CD platform, it did the maximum amplitude of changes on levels, gameplot and graphics (such as a lot of amazing magic effects).

Castlevania: Dracula X continues the game system of “悪魔城ドラキュラX 血の輪廻”, the branch stage is no longer as the player’s choose though. Instead, it becomes the hidden tunnel in particular level, as long as you find the tunnel, you can get into the branch stage. Especially, that neither needs to find the entrance to a branch, nor will not turn back to the main plot. 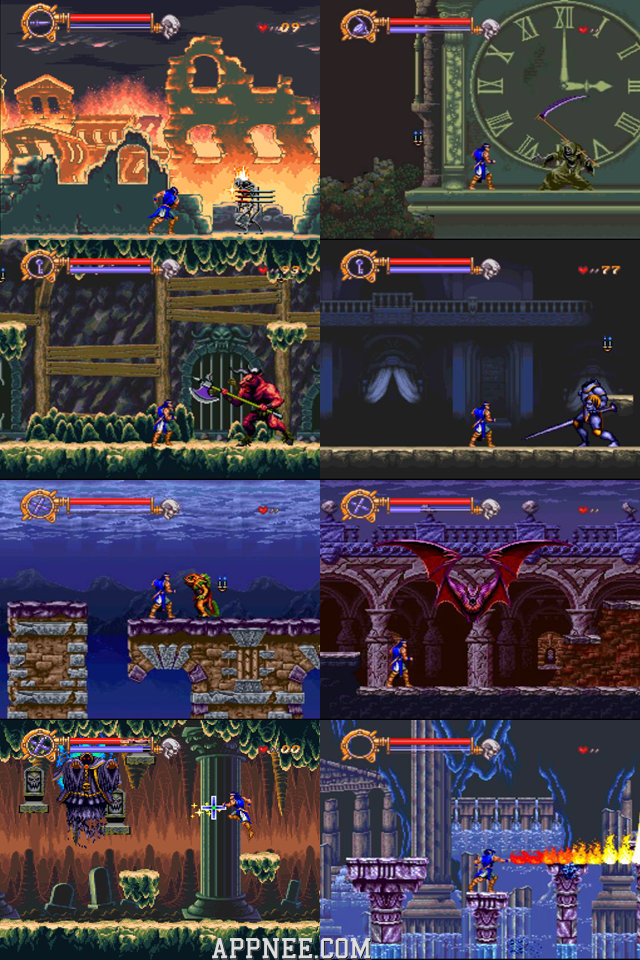