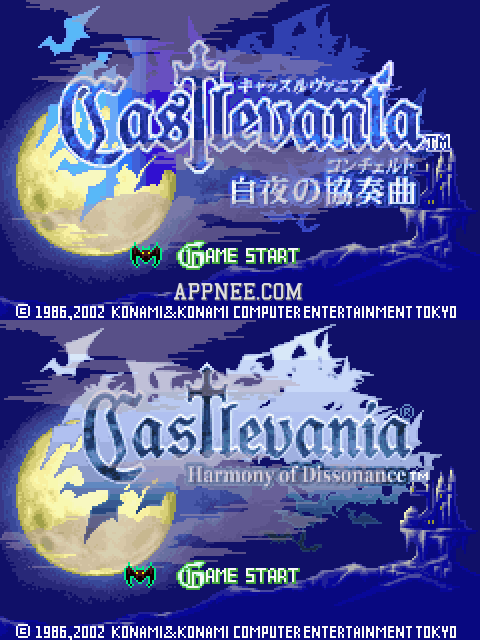 Castlevania: Harmony of Dissonance (AKA: キャッスルヴァニア 白夜の協奏曲, Castlevania: Byakuya no Concerto, Castlevania: Concerto of Midnight Sun, Castlevania: White Night Concerto) is the 2nd work of Castlevania series on the Game Boy Advance platform, released by KONAMI in 2002. Meanwhile, it is also the first Castlevania game that was called “Castlevania” in Japan instead of “Akumajō Dracula”.

The whole game was made by the the former staff participated in the Castlevania: Symphony of the Night on PlayStation, and employed the famous Japanese illustrator こじま あやみ for the characters design. Generally, it fully exerted the GBA’s powerful 2D effectiveness at that time, and built the amazing visual effects.

The difficulty in Castlevania: Harmony of Dissonance is not great at all, I think. Especially the joining of outside/inside castle plots, which made it more resistant to play. In addition, the plot of furniture collection also enriches some more fun of gaming. 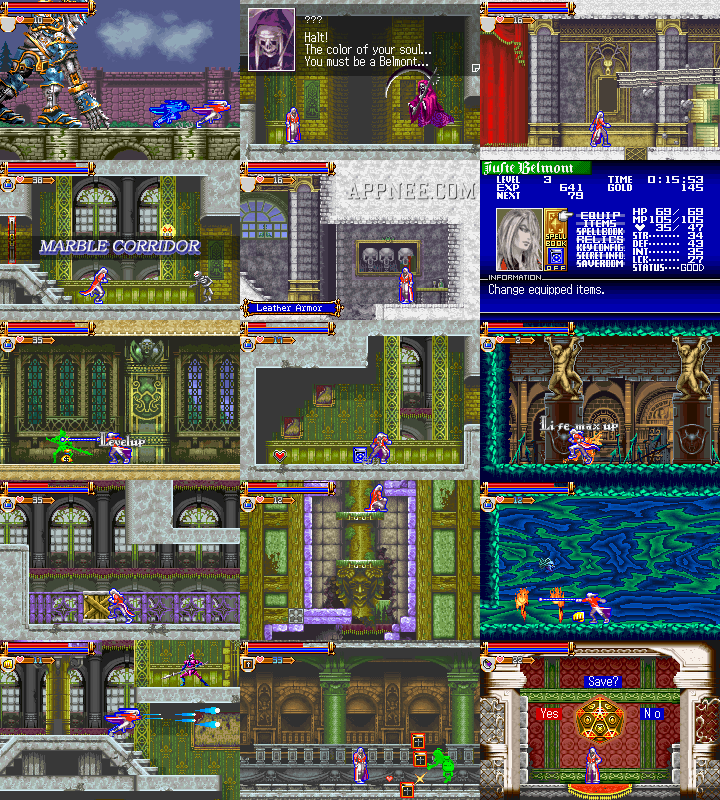