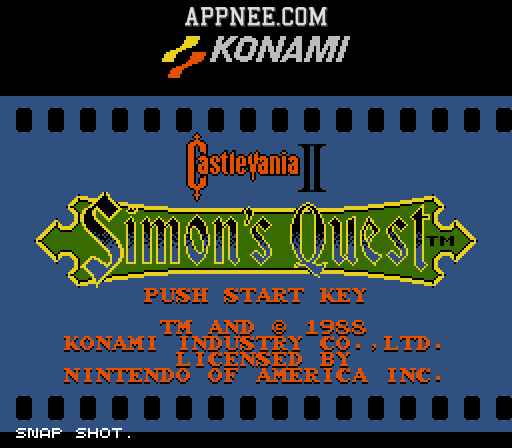 Castlevania II: Simon’s Quest (AKA: ドラキュラⅡ 呪いの封印 , Dracula II: Seal of the Curse, Akumajo Dracula II: The Accursed Seal) was the continuation work for floppy disk edition of Castlevania, released for the Family Computer Disk System in Japan in 1987 and for the Nintendo Entertainment System in North America in 1988. And this work did not sale the Japanese cartridge edition.

Castlevania II: Simon’s Quest continues its previous generation of story development, but because its core plot is “quest”, this game changed into A-RPG from a simple action game. As a result, there is not the concept of levels, instead, players can walk everywhere to find the remains of Dracula. Meanwhile, it introduced the time-shifted concept to the game first time. For example, when you enter the forest at night, you will find the devils become stronger than during the day.

Compared with the first generation, this work not only requires players to be agile, but also to be smart and use your head, or it is unable to solve some puzzles. In addition, the game has some limits to the finish time, if the time is too long you can’t see a good ending. 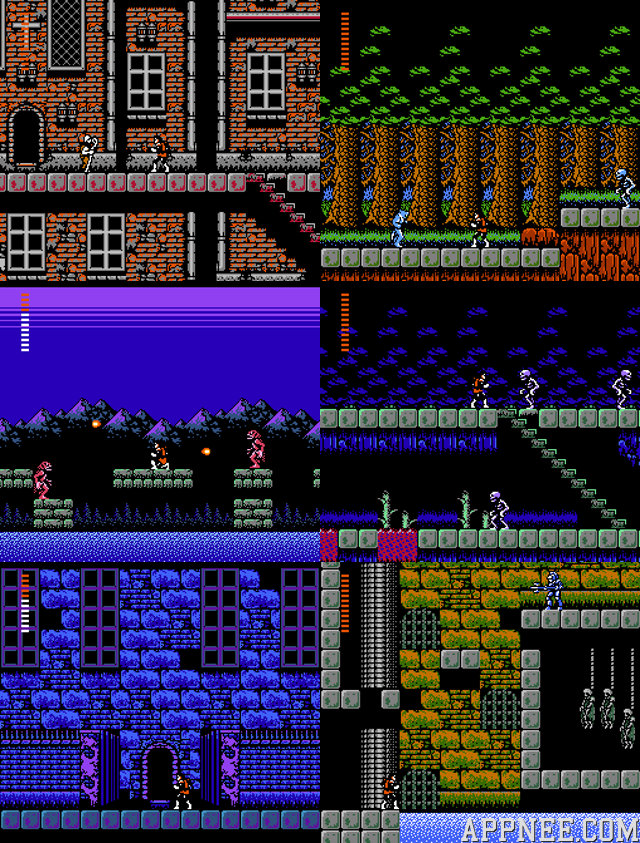