Castlevania: Simon’s Destiny is a free (non-profit), fan-made small game developed independently by Batandy with GZDoom engine, based on Konami’s Castlevania franchise. This game was originally announced and released in 2017. It is completely standalone, not an MOD (so doesn’t require DOOM2.wad), only GZDoom is required to play!

When the classic platformer action game Castlevania was added with the first-person perspective of Doom, it became Castlevania: Simon’s Destiny. As a 3D + first-person remake of Castlevania with pixel-style visual effects, this game takes the first generation of Castlevania on the FC/NES console as blueprint, and completely presents it in the GZDoom. All the contents of the original game (including the combat graphics) are three-dimensional now, but no 3D models were used (instead, all the models were mapped in 2D textures). It retains the pixel style of the original work, and brings in a lot of graphics and sound materials from the Castlevania series, which brings the player a familiar and fresh experience.

Castlevania: Simon’s Destiny was born as a love letter to this legendary franchise, and it aims to reinvent the very first NES title of the franchise with a nostalgic yet brand new first person gameplay. All the levels from the classic NES era game have been reimagined like never before. So, Castlevania enthusiasts: What are you waiting for? Hurry to experience the tale of Simon’s fight against Dracula and his army of the night! 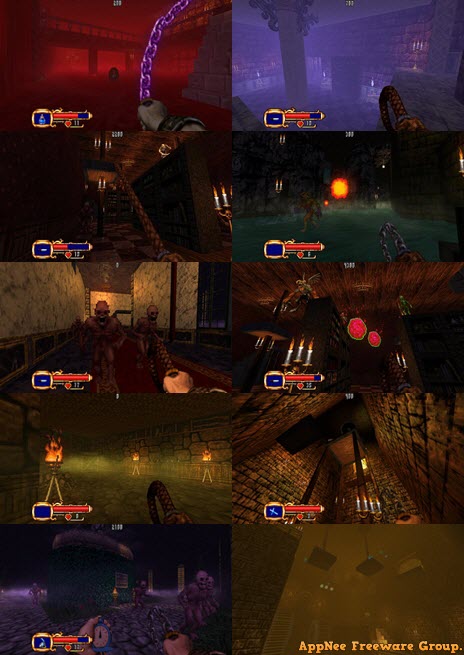