When it comes to car racing games, most of them are traditional RAC type: you drive a car to overtake your opponents or get to the destination within the given time. In this fixed mode of gameplay, no matter how good the system is, how smooth the controls are, how many vehicles are made and how cool they are, players will soon get bored with this cookie-cutter game mechanics.

As an old, unusual racing game, Chase H.Q. was not mainly based on a car racing mode, but rather on the survival style of racing that was popular in the early days – tracking and capturing the criminal offenders. In addition to enjoying the pleasure of driving down the road, players can also experience the excitement of police and bandits chasing cars and crashing violently. BTW, the graphics and controls are very smooth.

In the mission of each level, the early stage is the traditional timing mode, in which the player needs to catch up with the enemy within the required time. And when you catch up with the enemy, the game mode changes immediately, in which you have to repeatedly ram the criminal’s vehicle until it is completely disabled so as to capture the criminal. This way, players can have two different game experiences in one game, which is unique among similar games and received a lot of players’ favor. 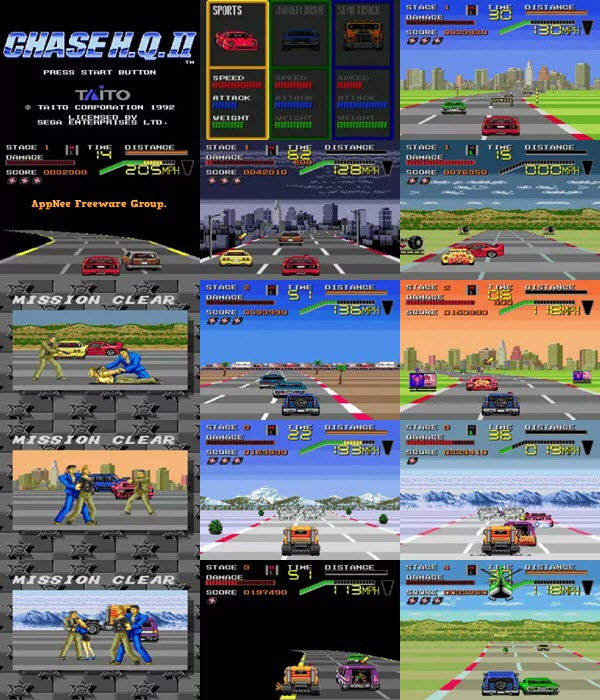 How to perform HD settings: