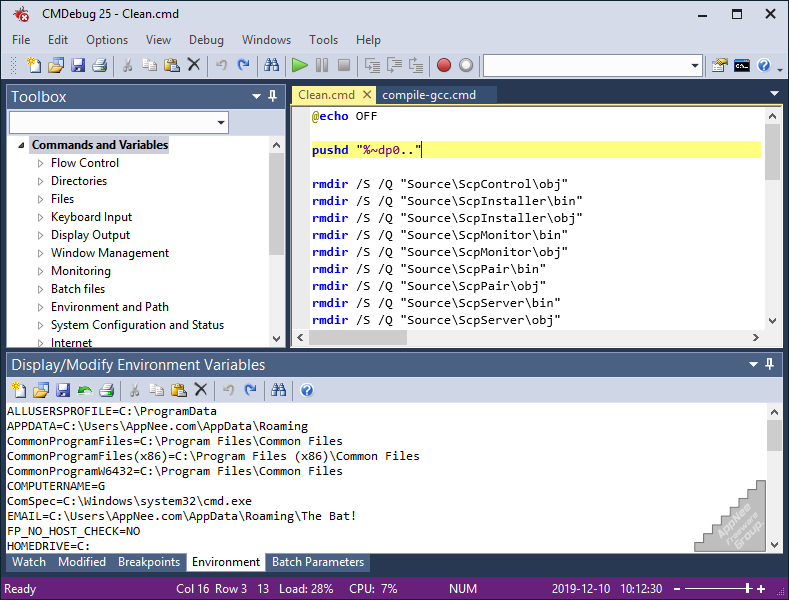 The most annoying thing for a novice programmer is bugs. Reviewing the source code from scratch in order to eliminate bugs is always a headache for any programmer on the planet. In this case, having a well-designed debugger is very essential. Because that can help programmers find and fix bugs quickly, easily, and efficiently.

CMDebug is an excellent batch scripts authoring and debugging tool developed by JP Software, specially made for developers who often perform batch operations. It provides a visual integrated development environment, as well as powerful and easy-to-use batch debugging capabilities. For example, it has a tabbed editing window, supports for single-step execution, breakpoint debugging, syntax coloring, tooltips, bookmarks, tabbed variables, and monitoring window. In addition, it has rich inbuilt commands and functions for developers to choose from, regular expressions editor, error codes checker, and supports for Perl, Lua, Rexx and other scripting languages.

CMDebug makes batch scripting on Windows much easier, more professional and efficient. You can use CMDebug to develop CMD compatible batch files (.bat or .cmd) or TCC-RT compatible scripts (.btm). Therefore, it is mainly suitable for developers who need to develop batch files to run in cmd.exe or TCC-RT (the runtime version of TCC = Take Command Console), thus greatly increasing their working efficiency and quality. 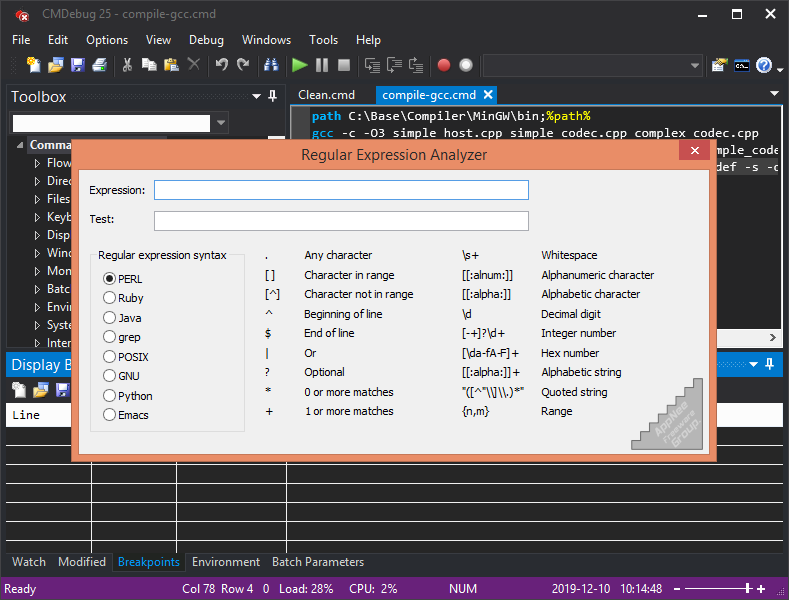