CoolFormat is a free and open-source source code formatting tool from China. It is universal for many popular programming languages, such as C\C++\C#\CSS\HTML\Java\JavaScript\JSON\Objective-C\PHP\SQL\XML.

Before, to format the source code such as HTML, CSS, PHP, we often have to finish this work via some online code formatting websites. But these online version of code formatting tools are usually limited on functions. It is sometimes hard to meet our requirements, and is conditioned by the Internet. As a pretty useful source code formatter, CoolFormat can quickly format source code in batch with one click. Compared with many other code formatters, the advantages of CoolFormat are very obvious. For example, it offers an Office 2010 style UI and multiple replaceable themes, supports multiple styles of code formatting, allows to color/highlight programming languages, and supports code highlighting for displaying on web page, which is very convenient for writing & reading a blog post.

In addition, CoolFormat can not only run independently as a standalone app, but also be used as a plug-in working well with some popular code editors like Visual Studio 2013, Sublime Text, Notepad++. In a word, CoolFormat can be a rare right hand for web page designer, front-end designer, programmers and more developers. 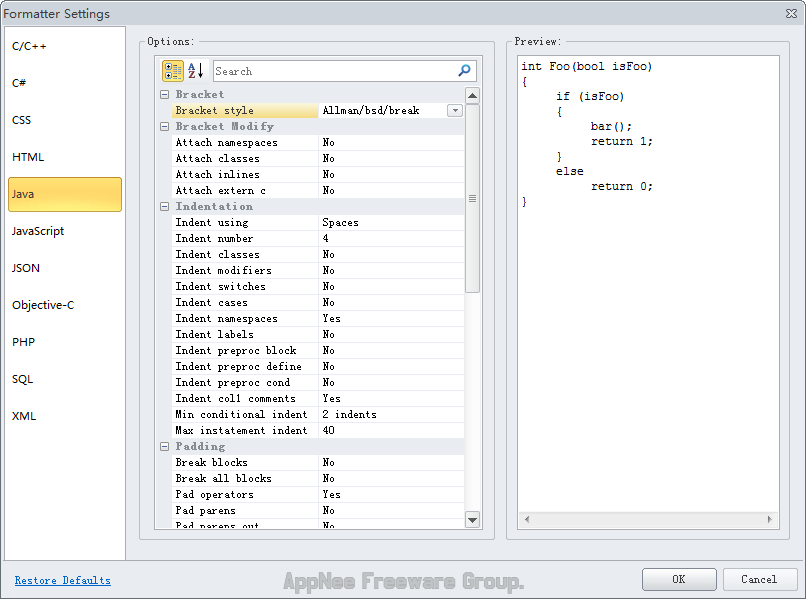