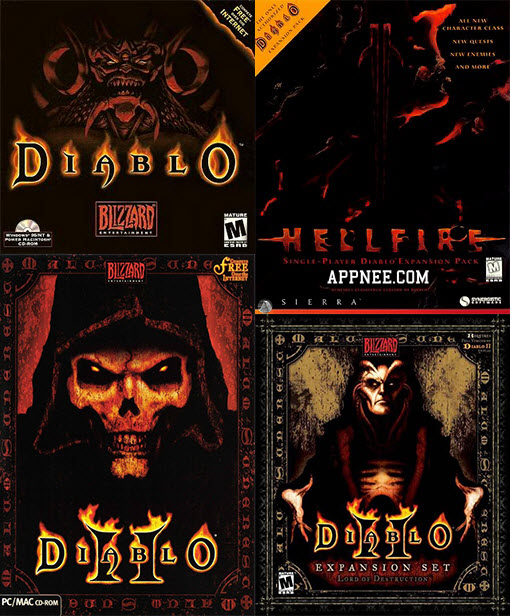 No nonsense words, in this post, what AppNee would share with you are Diablo 1, 2 All Editions for PC and PSone game console. This includes the official full game discs (in ISO format, that means you might need open them using a virtual drive like DAEMON Tools) with expansion packs (Diablo: Hellfire, in 1997; Diablo II: Lord of Destruction, in 2001; Diablo II: Opening Cinematic) along with corresponding key generators, portable full registered versions (no registration or CD-Key required, just extract to play), as well as homebrew HD editions that support online game modes (will be published in separated posts).

We only dedicate this post to the real players who have the same like & pursuit. Although it’s just about one old game, it will still get as much update as possible from AppNee. 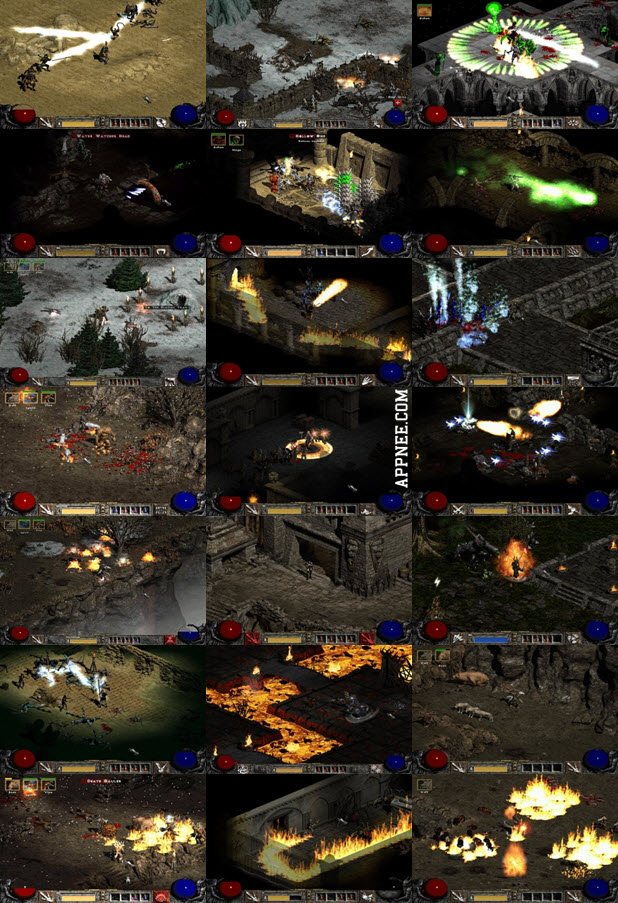 For Diablo 1 on PS1, if want to play it on a game console (not in an game emulator), you’d better burn the .img file on CD at 4x speed or lower. Anyway, the better choice is to enjoy it through ePSxe emulator on PC.