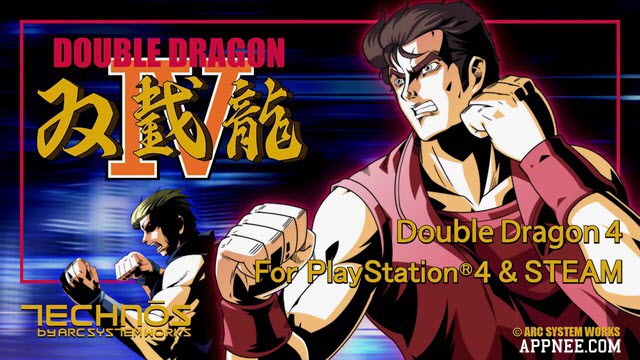 Double Dragon was originally released on arcade platform, then ported to Nintendo and SEGA home game consoles and began to sweep around the world. Eventually, it became the father of side-scrolling fighting video games. Now, it even landed onto PS4 and PC platforms. In addition to faithfully retaining the players’ familiar 8-bit pixel graphics and gameplay on FC console, and inheriting the story line of Double Dragon 2, Double Dragon IV also comes with brand-new characters, game systems, game modes, and other elements.

BTW, because the whole developing team of Double Dragon is Bruce Lee’s fans, the shadow of Bruce Lee and his Jeet Kune Do can be seen everywhere in the game design and settings.