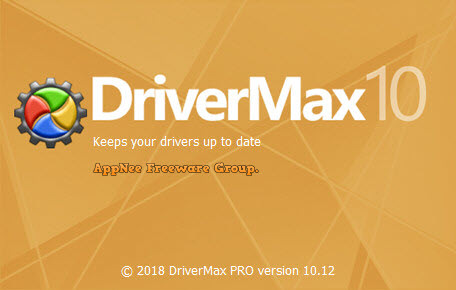 At least in some cases, using an automation solution for driver installation and update can get twofold result with half effort. For example: install or update the hardware drivers for old computers or lower versions of Windows (the low efficiency and numerous difficulties of finishing this work manually are almost unbearable); you have to reinstall all hardware drivers after the reinstallation of Windows (the Windows built-in drivers are not always the most suitable ones); package all drivers into one complete backup after the full setup of them all.

DriverMax was originally a Windows software focusing on driver management (backup and restore), developed by Innovative Solutions from Romania. It was designed to help users extract the already installed drivers to some specified folder to save before reinstalling the Windows operating system. This way, you do not have to manually install all kinds of hardware drivers again and again after the reshipment of your system. Instead, you just need to launch DriverMax to restore the former drivers backup with one click, which is very convenient and efficient.

But now, DriverMax has become the same as many similar software – integrating driver detection, download, install, update, backup/restore functions in one place, supporting massive hardware drivers, so that users don’t have to painfully look for some rare drivers everywhere. Compared with many similar tools, it features simple operation and very fast running speed. As with Driver Booster, it is another popular driver solution. Of course, if what you need is just the driver backup/restore function, then you can give DriverBackup! a try instead!