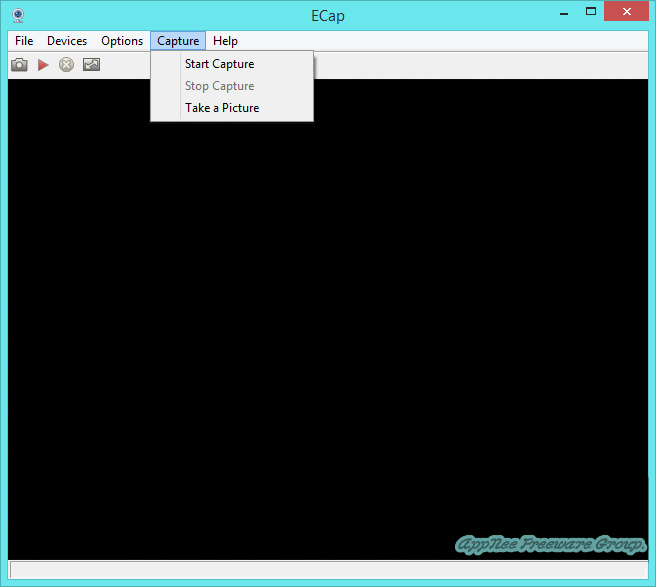 Starting from Windows Vista, Microsoft removed the originally built-in camera program from system tools. That is to say, you would never see Windows XP’s classic, convenient, and practical camera icon in My Computer/Windows Explorer again. Instead, you had to install some third-party applications to call our camera device that had been driven (such as all kinds of communication tools that support video chat).

Among all similar 3rd-party camera applications, ECap is tiny (less than 1 MB) and handy, which looks much like Microsoft’s AMCAP and Noël Danjou’s AMCap, but much easier to use (capture video or take a picture with one-click), without any dispensable functions and settings.

Microsoft’s AMCAP doesn’t support “Take a Picture” function at all, even Noël Danjou’s AMCap is not so easy to get a static camera captured picture. Whereas ECap is different, all functions (in fact only two: Start Capture and Take a Picture) is open-and-shut and at hand. In addition, according to users’ feedback, if your computer is equipped with a TV card, then you can also directly use ECap to watch TV. I don’t know if this is true, but at least we can give it a try.