Empire of the Ants is a very interesting real-time strategy game in the context of the survival and development of ants in our real world. It was developed by Microids and published by Strategy First from France in 2000, based on the best-selling novel with the same name written by Bernard Werber.

Empire of the Ants has 13 different titles of ants (each title has its own work, task, and appearance characteristics) and more than 60 lifelike plants and animals. It adopts a fully 3D natural environment simulation, comes with a perspective that can be rotated freely, allows to switch the view point between outdoors and ant nest. In terms of sound effects, the sound from a realistic natural environment is given the priority, and the lifelike bug buzz and bird song present a true atmosphere of the ants world. As the ruler of the ant colony, your mission is to build up their forces, feed their workers, guard their anthill, collect food and building materials, maintain and expand your colony of ants, and protect the queen at all costs.

If you’re a fan of any ant games, then you might have noticed this: Empire of the Ants imitated the theme and setting of the classic SimAnt: The Electronic Ant Colony more or less. Different from the general real-time strategy games, this unusual RTS game comes with a pure and fresh style. As long as you are a loyal player who shows great interest in RTS, strategy, or simulation type of games, do not miss this wonderful game. 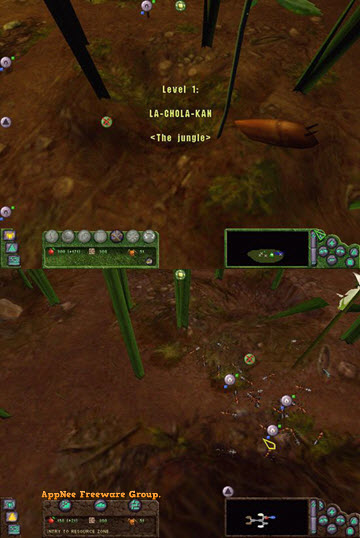 AppNee provides the Empire of the Ants portable full registered version along with added features, cutscenes addons, and movies addons: