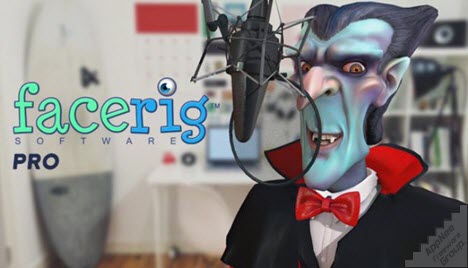 FaceRig is a powerful virtual character simulation game (works by using webcam to capture facial and body movements in real time and animate them), developed by Holotech Studios from Romania. Strictly speaking, it is not a video game in the traditional sense, but its unique interactivity is still favored by many players around the world and therefore widely used in various live scenes.

FaceRig is essentially a camera software that employs the real-time face tracking technology from Visage Technologies in Sweden, recognizes user’s face and transform it into a variety of virtual cartoon characters, and combines the cross-platform real-time animation technology with the virtual development framework of Holotech Studios and its gaming industry partners. It can capture the user’s facial expressions in real time, thus as your facial expressions and movements change, the animated character will react accordingly.

With FaceRig, anyone (especially gamers, modelling and animation artists, members of various fandoms, Steamers, web casters, YouTubers and their audiences) having a camera can use their own video and digital technology to create amazing virtual characters. In addition, everyone can create their own characters, backgrounds or props, and import them into FaceRig to use. Plus, FaceRig also provides a complete set of functions like switching between the background environments, changing character voices, and more. 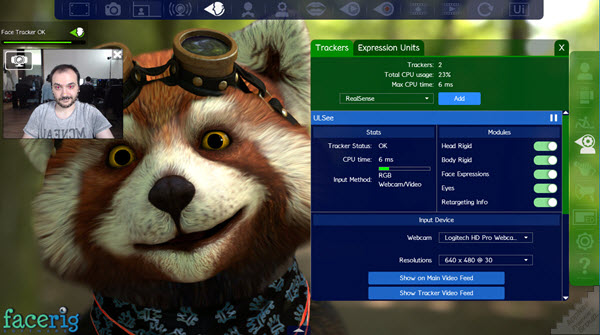 FaceRig was released as three editions, which are respectively: Classic Edition, Pro Edition, and Studio Edition. The difference between them is as follows:

*** Numeric export of the tracked expression data (exporting the motion capture data to use in other applications) is a feature reserved for the Studio version.

*** This software has a bunch of required components to install, just be patient.