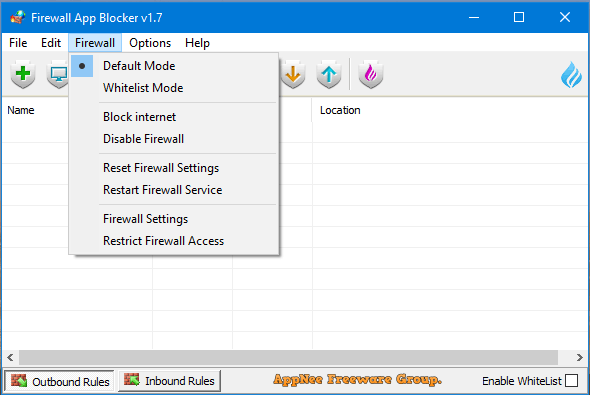 If we use the built-in firewall of Windows to prevent the specified programs from connecting to the Internet, we need four steps at least: 1) Enter the Control Panel; 2) Open Windows Firewall; 3) Click Advanced settings; 4) Add new rules. If you want to simplify firewall operation (preferably one-click) and can’t stand the high system resources occupancy of third-party firewalls, then Firewall App Blocker is probably what you’re looking for!

Firewall App Blocker (Fab for short) is an enhanced configurator (rather than a stand-alone firewall software) for Windows built-in firewall program, developed by Sordum software from Turkey. It essentially helps user greatly simplify the steps of setting up Windows Firewall (with one click instead), while all the firewall work is actually still done by the Windows Firewall itself. That’s where its advantage lies. Because compared to third-party firewall programs, Microsoft’s own firewall has a natural advantage in terms of stability and compatibility. And Firewall App Blocker doesn’t need to reside in the background like any third-party firewall software. Instead, it’s a portable application, and only takes up very few system resources at run time. 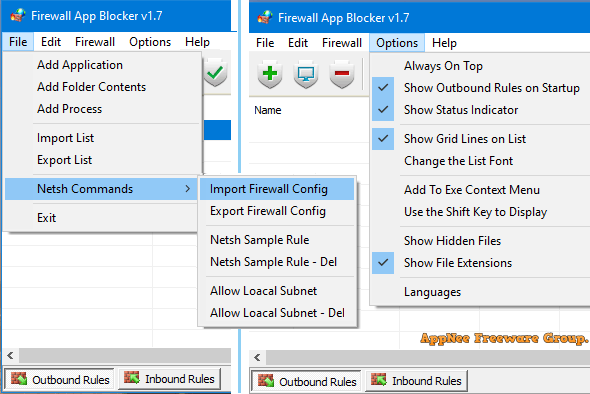 For most users, Windows’ built-in firewall is compact and practical, but its setup process is so complicated that users have to spend some time using it. Instead, it’s super easy to use Firewall App Blocker to quickly and flexibly disable/allow applications to connect to the Internet. Users simply need to drag and drop any program that need to be restricted to the ruling apps list, then disable or temporarily allow them to connect to the Internet with one click.

In short, using Firewall App Blocker can effortlessly create your own “application firewall control list” in just a few seconds. BTW, Firewall App Blocker supports command line operation, so advanced computer users can write a batch script to achieve more suitable blocking rules for software networking requirements. In addition, it also allows user to export the list and import it to other machines, so that you can set up multiple computers in batch. 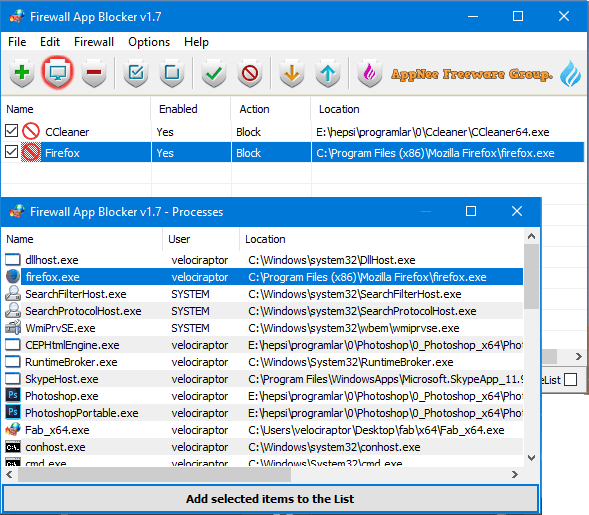