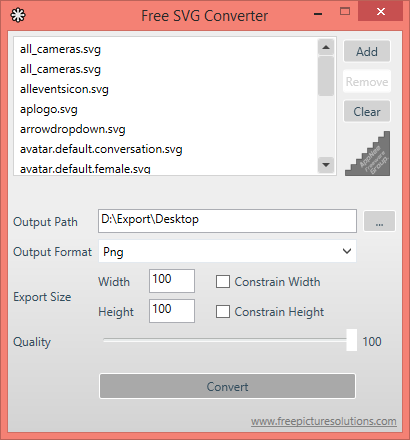 SVG (Scalable Vector Graphics) is a two-dimensional vector graphics format based on the XML syntax (that means its essence is a text file in XML format), also the web vector graphics standard set by W3C (World Wide Web Consortium). Due to the use of text format of descriptive language to describe the image content, SVG is a kind of vector image format that has nothing to do with image resolution.

Compared with other image formats, using SVG has many advantages. For example, compared to Adobe Flash, the biggest superiority of SVG is its compatibility with other web standards (such as XSL and DOM), whereas Flash is a proprietary technology without open source. You can use any modern web browser to open and view SVG file, and you are allowed to use any text editor or XML editor to create and edit it. It is often used with a drawing program, such as Inkscape, in order to more easily create SVG graphics, but if you want to convert SVG images into some more commonly used image formats, we need to use special tools.

Free SVG Converter is small and handy tool designed to convert SVG images to commonly-used image formats (PNG, BMP, TIFF, GIF, JPG and WMP) in batch, so as to view or edit it in any image viewer or editor. It is so easy-to-use that only needs 3 steps: First, drag & drop the SVG files to program; Second, set the output image format you need, as well as the export size and quality of output image; Finally, convert these SVG images with one click. 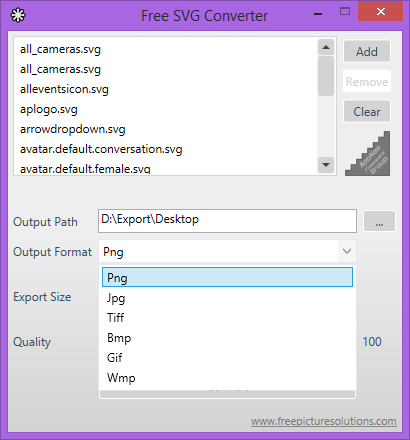