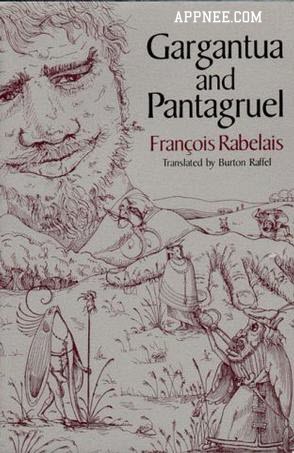 Gargantua and Pantagruel (AKA: The Life of Gargantua and of Pantagruel, La vie de Gargantua et de Pantagruel) is a full-length satiric novel written by the French Renaissance novelist François Rabelais. The whole book consists of five volumes, its publishing process was full of hardships and it was banned for many times. Anyway, it swept away the artificial writing style in aristocratic literature, and brought the literary world at that time a lively, close-to-life fresh air that suits both refined and popular tastes.

In Gargantua and Pantagruel, Rabelais tried to promote and enthusiastically praise the humanism thought. Hence, this masterpiece can be regarded as an artistic encyclopedia of the humanism (tries to integrate all human accumulated knowledge and skills in all ages in one place) in 16th century. The characterization (mainly through wars) of giants (tall figure, extraordinary wisdom and noble virtue) expressed people’s pursuit and expectation to happy life and knowledge, as well as their rejection and counterweight to the power of god since the Renaissance. Rabelais criticized the hypocrisy and cruelty of the feudal autocratic system and theology with great eloquence. But therefore, he was so extremely hated by the church and aristocracy that Gargantua and Pantagruel was declared as banned book by courts.

Gargantua and Pantagruel is a monumental work created by Rabelais in the French literature history, which has a great influence on later famous dramatists and writers. It’s funny, interesting, affords for thought, and uses the vivid artistic image to express humanistic ideology. Undoubtedly, it did have a profound influence on later generations.