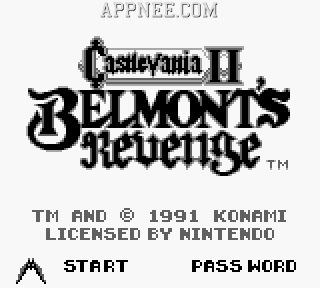 Castlevania II: Belmont’s Revenge (ANA Dracula Densetsu II, ???????II, The Legend of Dracula II) is the second Castlevania work released for Game Boy by Japan’s KONAMI in 1991 (as a sequel of the first work Castlevania: The Adventure).

Castlevania II: Belmont’s Revenge continues the story line of Castlevania: The Adventure. After 15 years in the last work, the last time failure made the count Dracula decide to revenge, so he captured Christopher Belmont’s son Soleiyu. For the sake of his son, Christopher decided to break into the den of monsters once again. 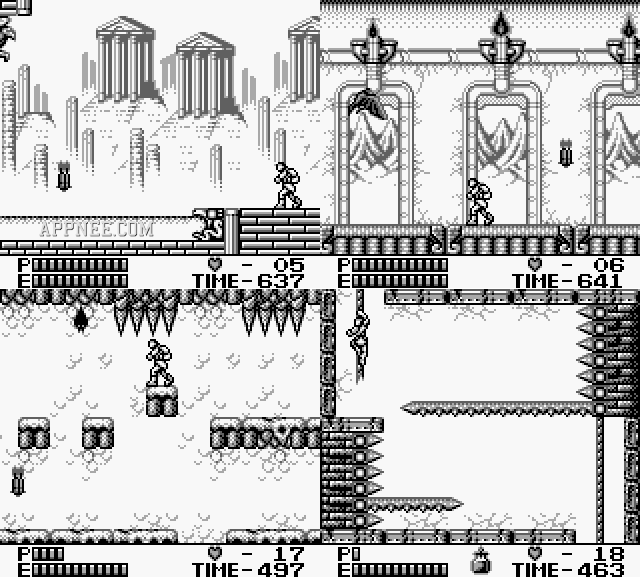 BTW, in 2009, as the remake edition of colored Castlevania II: Belmont’s Revenge and its first work, Castlevania: The Adventure ReBirth was released for WiiWare on Wii platform (AppNee will share its game ROM and emulator later on).