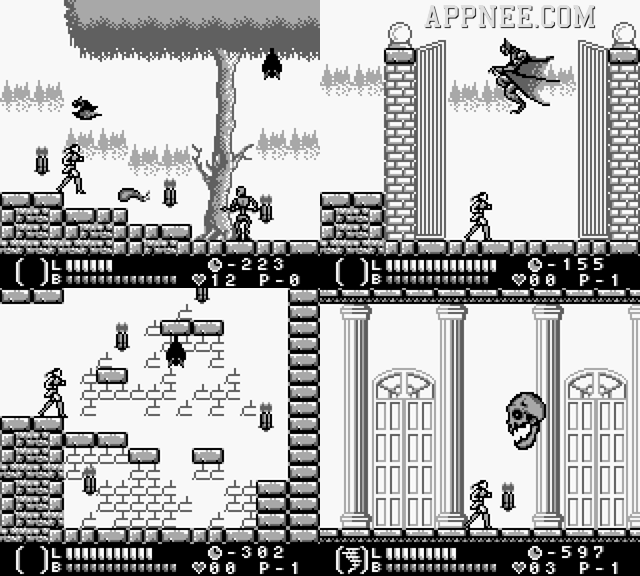 Compared with its former works (Castlevania: The Adventure, Castlevania II: Belmont’s Revenge) on the same Game Boy console, there are many differences among them. Such as: uses the magic attack instead of the secondary weapon system; the enemy repeatedly appears; new added unrecoverable Burning points (a certain time of invincibility and turbo), and so on. Especially, the new gameplay of collecting props makes this game doubly difficult, because you would not see the real ending if the props were not collected completely.

BTW, Castlevania Legends has been deleted from the official historical chronology of Castlevania series after ?????(???? ???) hold the post of the Lead Producer.