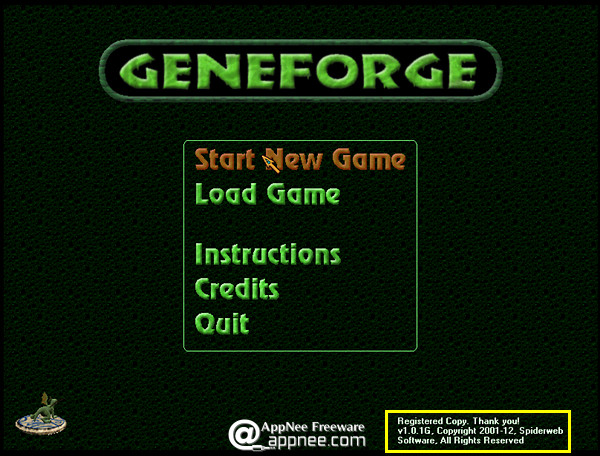 Geneforge is a nostalgic sci-fi RPG game developed by independent game company Spiderweb Software based in Seattle of U.S. As one of their 5 great iconic works, Geneforge attracted a lot of players with extremely high degrees of freedom.

Geneforge series consist of five chapters, the ins and outs of the story line are consistent. Players control a novice Shaper or Rebel to explore an unusually large world, constantly enhance your own strength, and finally face a choice: to destroy or to save the world. Geneforge 1 is the start work of its whole series, published on March 19, 2002 for Windows. This work will bring players to the world of Shaper, thereby the whole story of Geneforge series is introduced from here. Details about the game, AppNee will not repeat them here. On the one hand, the game directory comes with an official user manual; on the other hand, there are clear and detailed instructions throughout the entire game process. In short, players are unable to escape from the island until destroy rivals trying to steal the big secret.

This is the Geneforge 1 v1.0.1G Final portable full registered version for Windows.