Grand Theft Auto is a famous crime-themed game series developed by Rockstar Games. Its first work was released in 1997. The game mixes elements of driving, shooting, fighting, nurturing and even business in a gangster background setting. This game quickly became popular after the release of Grand Theft Auto: Vice City, in which most players first learned about Grand Theft Auto.

The game background is mostly set in fictional locations simulating the real American cities, but with an emphasis on the open worlds. The whole series is known for its super high degree of freedom and variety of gameplay. In game, players are free to decide when and how quests are performed to advance the game story, and there are many additional quests to choose from. The game primarily combines elements of action adventure, driving, and third-person shooting, also has a small amount of role-playing, stealth, and racing elements. The game contains a lot of satirical contents to American cultures and social phenomena, including the pornographic and violent contents that have caused a lot of controversy. Throughout the whole series, several of the main characters try to boost their prestige in the fictional world of crime, but their motivations vary from one work to another.

In November 1997, the first generation of Grand Theft Auto was created on the PC platform by David Jones. It is a game played from a 2D overhead view, and its content mainly involves violence, gang fights, turf wars and gunfights. These exciting plots later became the main line of the entire game series. Except for the violence elements, it basically can be classified as a traditional 2D action game. Like most well-known brands of violent games, Grand Theft Auto was also born in Europe (made by DMA Design, now Rockstar North from Scotland).

In the same year, Grand Theft Auto 2 was released successively on DC, PS and PC platforms. It still followed the “2D action” style of its previous work, but also introduced some new elements. For example, the concept of opposing gangs was first established, players could upgrade their weapons, repair their cars, and so on. However, Grand Theft Auto’s overlord status in the field of violent games at that point had actually been overtaken by Driver, which started to employ the 3D graphics.

At the end of 1999, the typical radicals game publisher Take-Two Interactive appreciated Grand Theft Auto very much and acquired the DMA Design, then reorganized it as Rockstar North development team. While bringing luck to Grand Theft Auto, it also began to play up violence and pornography contents in the game, which made David Jones very discontent and eventually left the DMA Design.

That’s why since Grand Theft Auto III the game development company changed from DMA Design to Rockstar North. Still, under the strong packaging of violence, pornography and other stimulating factors, the revamped Grand Theft Auto III did have exerted irresistible great charm. With Grand Theft Auto III completing the transition from 2D to 3D, PC players also experienced the difference between console games and computer games for the first time. BTW, the game background of Grand Theft Auto III was set in Liberty City, based on the New York city in reality.

Well, AppNee always thinks that the most important and classic works in the whole series should be Grand Theft Auto III, as well as a few works before it, rather than any other later works (because most of which are just showy but not substantial). 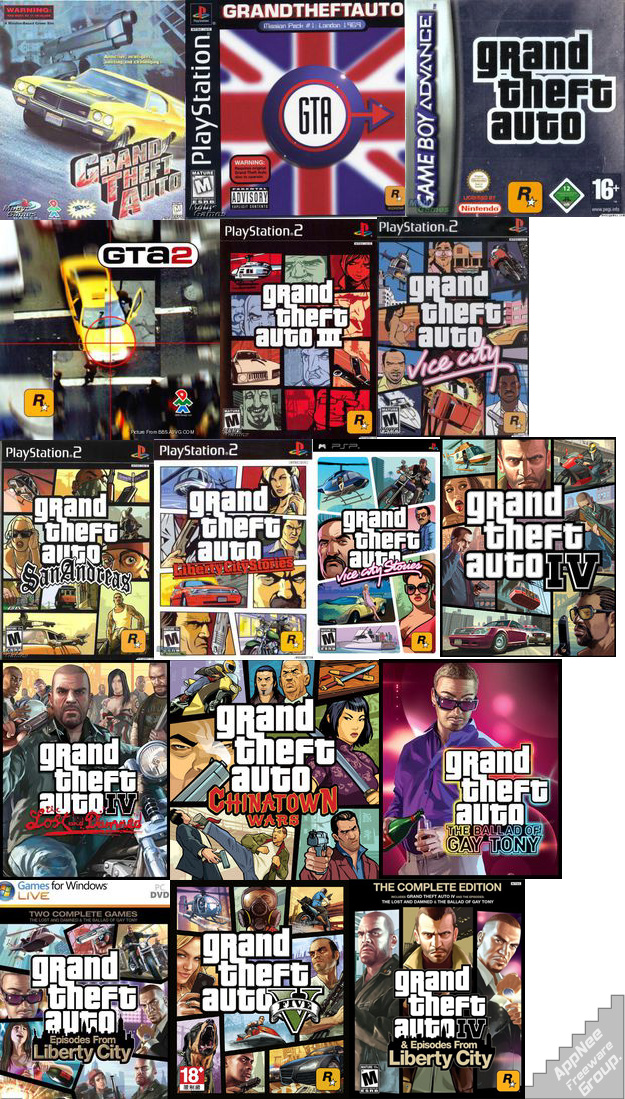