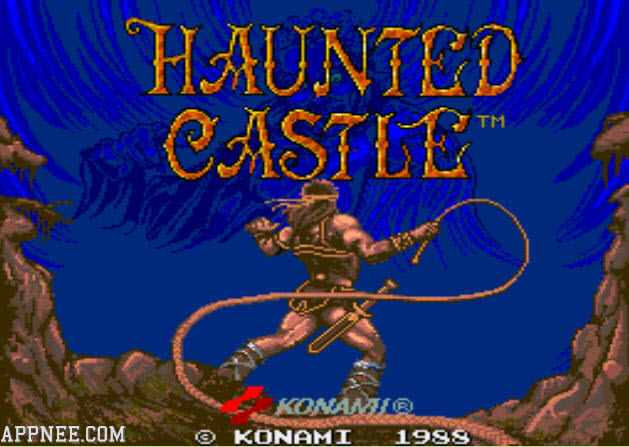 Haunted Castle (also called: 悪魔城ドラキュラ, Akumajō Dracula, Devil’s Castle Dracula, Demon Castle Dracula) is the first and the only one of Castlevania series released for arcade game platform by KONAMI in 1988.

As an ancient side-scrolling arcade game, Haunted Castle also belongs to the original form of the classic KONAMI series. Although with only warriors, whips, zombies and simple game graphics, it constitutes the well-known Castlevania series even up to now.

Haunted Castle story background is still based on the famous Irish writer Bram Stoker‘s novel Dracula. It starts with the classic element of Castlevania, involves a considerable amount of retro combat elements. On account of its super high popularity, it got the opportunity of transplantation to PS2 platform even after many years.

It is worth mentioning that, players need to fight grasping the action rhythm in the game, which will make gaming easier. Especially for the seemingly simple way of fighting, actually that contains quite a lot of philosophy, which is one of the reasons for this game to attract players. As for many other characteristics in the game, they will not be introduced one by one, if you are interested just don’t miss it. 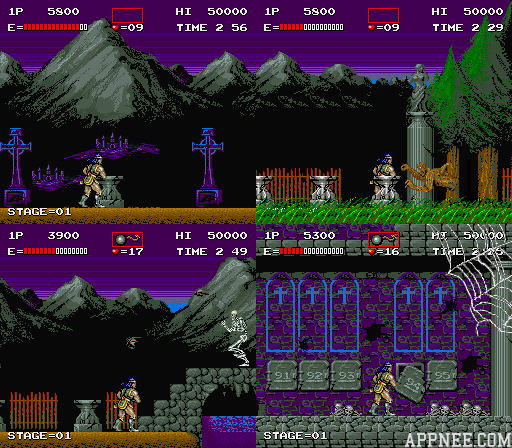