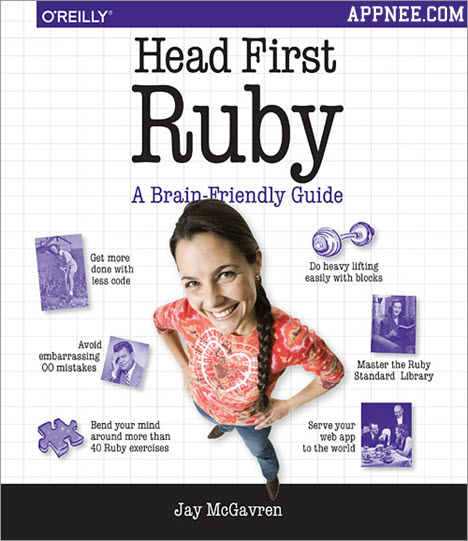 Ruby is a simple and fast object-oriented programming scripting language that is obviously younger than other similar programming languages (such like Perl or Python). It was written by Yukihiro Matsumoto from Japan (started in 1993 and finished in 1995). The inspiration and characteristics of Ruby are mainly from Perl, Squeak/Smalltalk, Eiffel, Ada and Lisp programming languages.

According to the consistent characteristics of Head First series, Head First Ruby introduces the complete process of introduction to Ruby language in a very simple and vivid way for beginners. Furthermore, it also involves advanced Ruby features such as blocks, objects, methods, classes, and regular expressions; as well as some deep topics such as exception handling, modules, mixins, and metaprogramming. 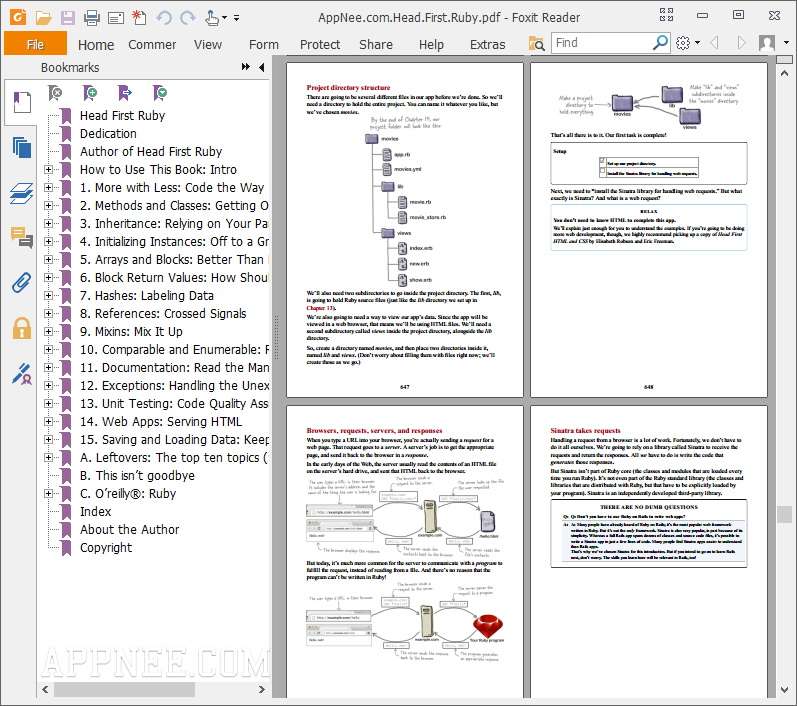