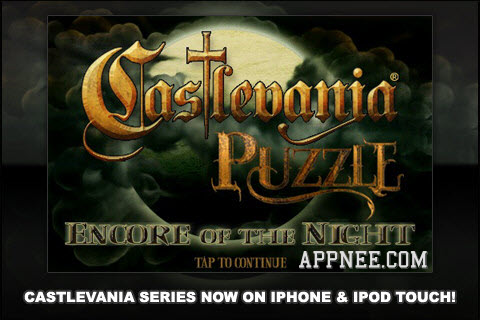 Castlevania Puzzle: Encore of the Night is a puzzle role-playing game in Castlevania series, specially released for iOS (iPhone, iPad, and iPod touch) in 2010, and for Windows Phone in 2011.

Castlevania series always has a very high popularity and evaluation. Among them, as the classic of the whole series – Castlevania: Symphony of the Night is the recognized peak work, which has corresponding platform ported works on the SS, PS and PSP consoles.

The plot, maps, fight scenes, modelling of various characters and monsters, background music in Castlevania Puzzle: Encore of the Night are all from the classic Castlevania: Symphony of the Night. The difference is, in game you will control the son of Dracula – Alucard, start from a whole new game system – block elimination and then recall this classic work again through redesigned various elements.