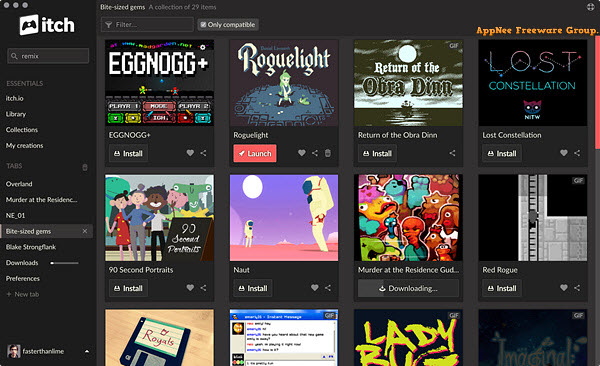 If you love indie games and aren’t looking at the commercial game stores like Steam, Origin, or Humble Bundle, then you probably know itch.io – a game store devoted exclusively to indie games. Here, both game developers and players can set their desired prices, and many developers choose to make their game works or prototypes at Game Jam available for free download.

itch is an official desktop client for both game developers and gamers released by itch.io. As a platform specially designed for indie games, it’s similar to Steam, Origin, etc. If you are an independent game developer, you can upload your approved work to itch.io for share or sale; If you’re a gamer, you can try, buy, download and run games from itch.io. In contrast, the number of games on itch.io (especially the free ones) is far greater than on other platforms, and the price is lower.

Through itch, you can access your collections and purchases, or browse for new games via the in-app browser. All the games you downloaded are kept in a single place, they will be updated automatically, and you will get notified when games are updated. In short, itch is the best way to play your itch.io games. 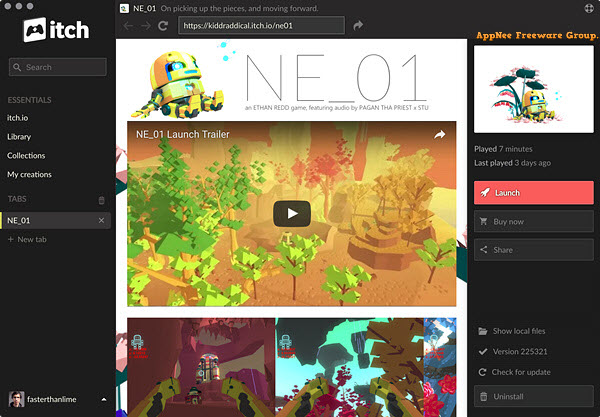