Knights of Valour (KoV for short, AKA: ????, ????, Sangoku Senki) is a very classic and popular multi-player action arcade game series adapted from one of Chinese four great historical novels – Romance of the Three Kingdoms. It was first released by International Games System (IGS for short, ????) from Taiwan in 1999.

In fact, the whole Knights of Valour series was deeply influenced by CAPCOM‘s Warriors of Fate series and Dungeons & Dragons series (especially derived D&D’s props and upgrade systems). Although prefers to cartoon style, Knights of Valour is obviously better than Warriors of Fate published seven years earlier on animation performance, and is much more complex on gaming system. Again, Knights of Valour not only provides players with many well-known characters in the Three Kingdoms period of China (including many hidden ones) for choice, also comes with a number of different routes of stages, as well as abundant props system. Thus, it did become another classic arcade game work.

Knights of Valour has too many editions, versions and derivatives. This post primarily provides all the official editions of ROM files (as listed bellow) of Knights of Valour along with their working emulators. As to many more unofficial ones, AppNee will release them one after another in every single post. 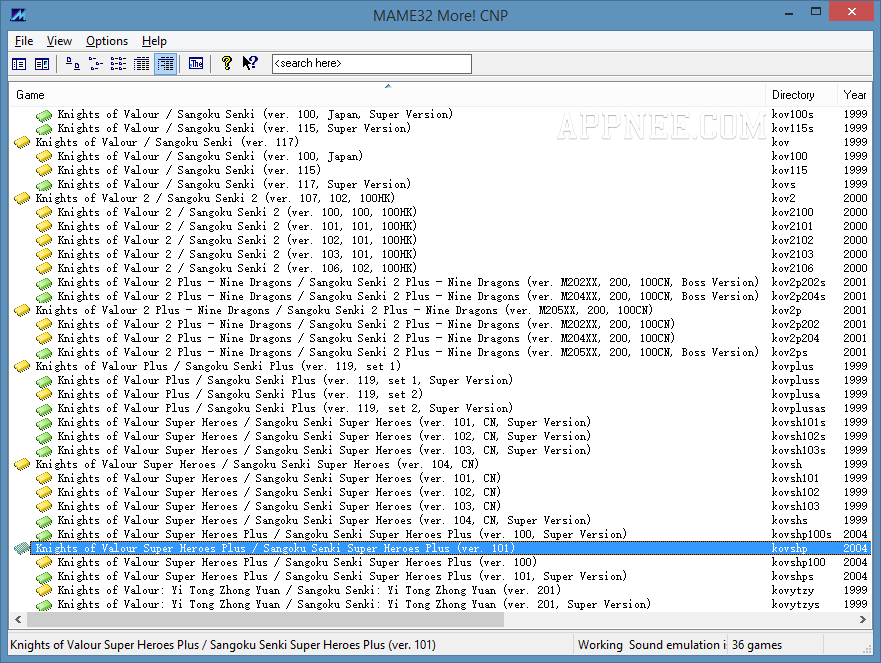