If you’re a HD movie lover, you may want to consider how to turn your old computer in the living room into a powerful home theater for playing video and music! However, the days of using the computer as a video source for the TV to play all kinds of multimedia contents have been over, and the best solution right now is Kodi. It makes it easy for anyone to turn their computer, smart TV, tablet or smartphone into a powerful multimedia center in their living room, bringing a more elegant and comfortable home theater experience.

Kodi (formerly called XBMC = Xbox Media Center) is a free, open-source, extremely powerful and professional, and award-winning multimedia center software for Windows, Mac, Linux and mobile operating systems and hardware devices like Raspberry Pi and Set-Top Box, developed by XBMC Foundation and volunteers from all over the world since 2002. There is no doubt that it is the most classic and best application of its kind, and many Internet TV boxes are modified on its basis.

As its name suggests, XBMC was originally made for Xbox only. You need to know, at that time, Xbox gamers lost at least half the fun of playing Xbox if they didn’t have XBMC installed. Because of the participation of developers all over the world, this software now has far more functions than before, and gradually evolved into a versatile digital media entertainment center software. As a result, XBMC was renamed Kodi after version 14.

Kodi runs smoothly, has a wide range of compatibilities and applications, can work with many brands of smart televisions and remote controls, and allows users to easily browse, play and manage all common formats of images, videos, movies, music, podcasts, and other digital media files from local and network storage media and the Internet.

Kodi is highly customizable and can be extended and enhanced with a wealth of versatile and powerful third-party add-ons, such as: online subtitles for videos, Bittorrent files download, video information automatic matching and downloading, video games, Internet radio stations, live television programs, online music/videos on demand, skins changer, adult videos, etc. It’s no exaggeration to say that the rich and powerful add-ons are the main reason Kodi is such a miracle! And thanks to its free and open-source strategy, countless developers around the world have created a number of useful add-ons for Kodi, which makes your movie viewing process easier and more convenient while bringing new features to your media center.

Kodi offers a full-screen interface with large fonts for TV/projection screen/big screen; supports AirPlay/DLNA wireless projection streaming feature; can not only read the audio and video contents in a local drive, mobile hard drive, USB drive and other storage devices, but also play and manage the media contents in other computers and NAS (Network-Attached Storage) servers through LAN/Internet; and to make the program easier to use in living rooms, video rooms and more places, Kodi not only supports remote controls for a wide range of hardware, but also can turn phones and tablets into wireless remote controls, and even allows users to operate the program directly from their phones.

In short, with Kodi, you can customize and build your own personal media center based on your own needs and preferences. For DIY HTPC, home theater building, and HD movie lovers, Kodi is a multimedia center application you should never miss, and a must-have edge tool for your home theater libraries. Trust me, once you experience Kodi, you will love it. 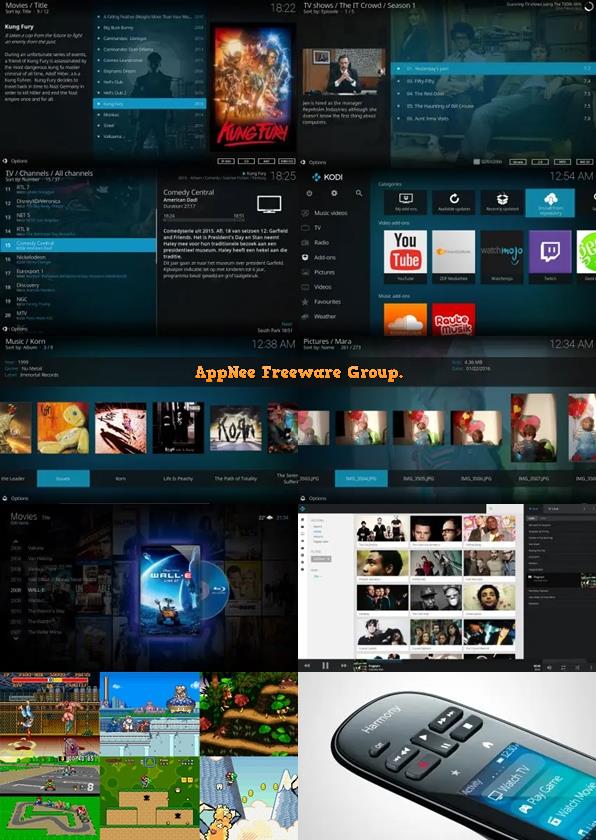