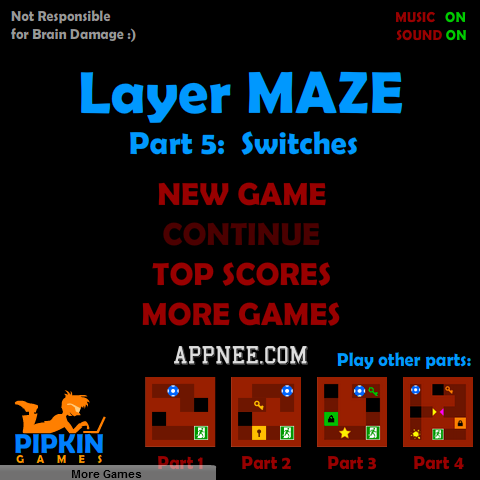 Layer MAZE is a series of small puzzle games with creative layer-structured maze elements, developed by PipkinGames. Its difficulty is not hard – even a bit low for some players with good memory. However, it can exercise a person’s brain energy enough – reaction speed and short-term memory. The game layout is just like piling several or even a dozen of ordinary and simple mazes up – to form a tower structure/layer-2-layer (we can also call that 3D maze). In the process of passing through this “maze tower” back and forth, your challenge is to get all keys for different colors of doors blocking your ways to the final Exit one by one. The difficult point lies in the fact that in the interlaced maze screens, you can only see the maze layer you are in, so if your short-run memory and logic judging ability are poor, then you probably always do not know where you are.

This series of small games has released as many as five parts, which means that for both its developer and players, this is a very interesting and challenging thing.