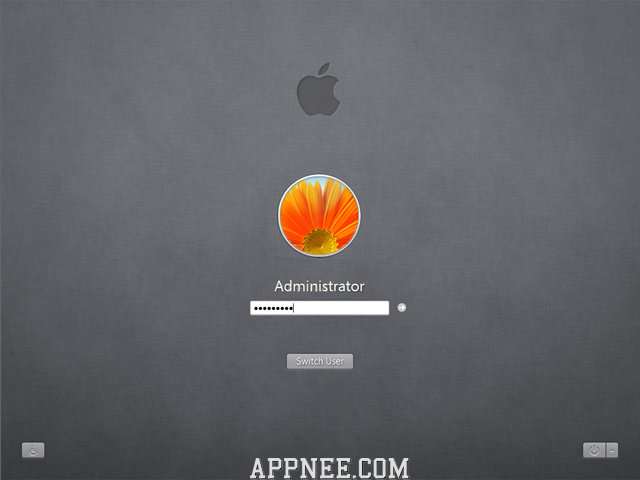 So, for users who like the Apple’s Mac OS UI style & design but not the system itself and are using Windows XP or Windows 7, you have the chance to experience the Mac OS X Lion completely now. With Lion Skin Pack, that dispenses with complex manual operations, just like installing some software to install Lion Skin Pack, then it lets your current Windows owns the elegant theme nearly identical with Mac OS X Lion!

Please Note: this kind of beautification packages need to modify partial core system files, so it is strongly recommended that before installation you’d better create a system backup, in order to avoid unexpected problems. In particular, it is not recommended to use such tool on your computer with important production usage. Of course, if you are experienced user, it’s really well worth a try. 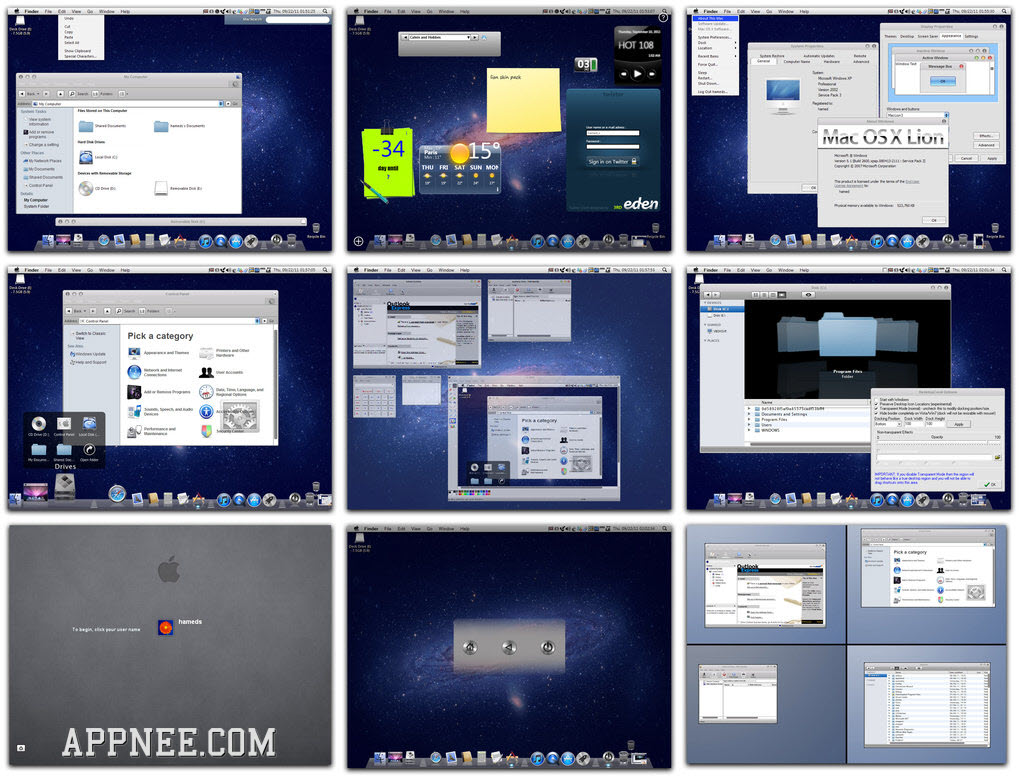 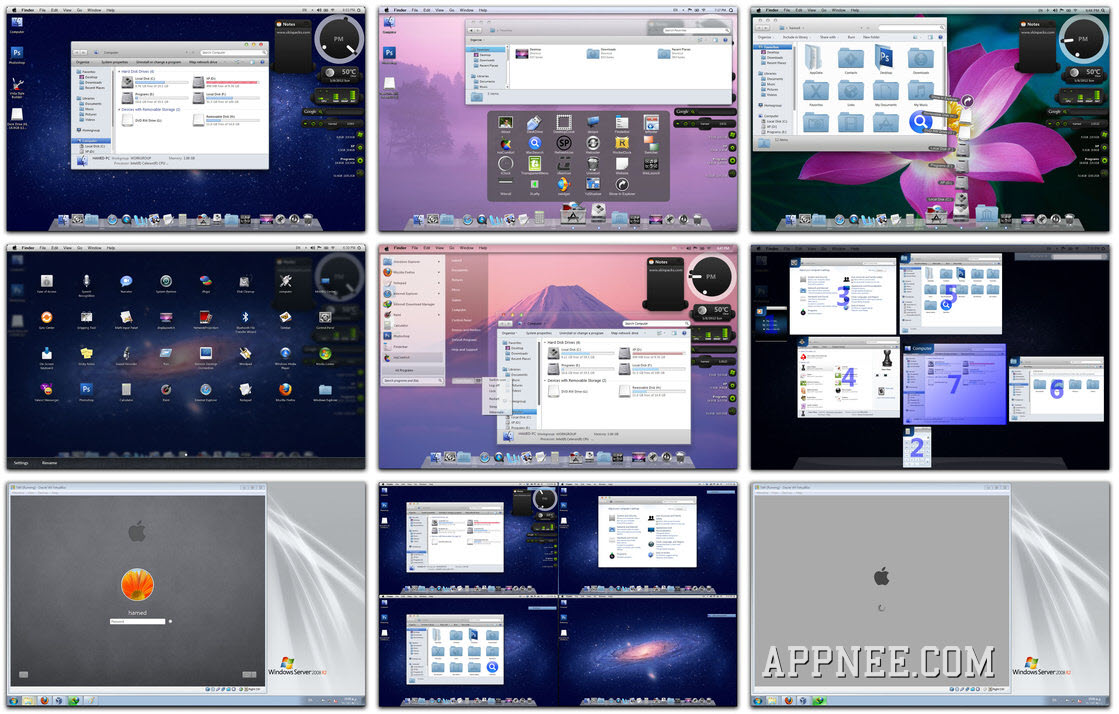