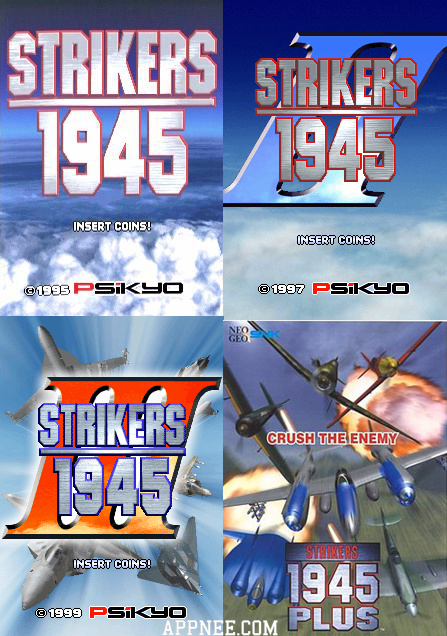 Strikers 1945 (AKA: Psikyo 1945, ストライカーズ1945) is a series of vertical scrolling arcade shooting games published by the famous Psikyo video game company from Japan, who was a big boss ruling flight shooting game industry more than 10 years.

In the 10 years from 1992 to 2002, Psikyo successively published many classic game works, such as Samurai Aces, Gunbird, Sengoku Blade, Zero Gunner, and so on. Of which, the masterpiece Strikers 1945 series almost occupied the entire arcade shooting games market, across all platforms. As a consequence, Psikyo seemed to become the pronoun of flight shooting games. Of course, many fans thought it was paying its respects to CAPCOM‘s classic STG game 1942.

BTW, the Strikers 1945 Plus made for SNK‘s Neo Geo system is actually a remake edition of Strikers 1945 II, for different hardware, featuring a horizontal screen.

Here, AppNee provides the full and final collection for the whole Strikers 1945 series (from I to Plus, a total of 4 works released between 1995 ~ 1999) along with the matching version of MAME and WinKawaks emulators. Just hope to provide some convenience to the real air-combat game enthusiasts for reviewing the classics.