Maple combines the world’s most powerful math engine and interface to make analyzing, exploring, visualizing and solving math problems easier and faster. It has the advantages of simple usage, flexibility, strong program structure, good expandability, and so on, and provides power mathematical operation abilities, convenient and practical drawing functions, as well as highly integrated programming languages. In short, Maple is one of the essential scientific computing tools for professors, researchers, scientists, engineers and students.

As one of the most professional and comprehensive mathematics and engineering computing programs in the world, Maple enjoys the high reputation of “mathematician’s software” in the fields of mathematics and science. It has millions of users in the world’s major universities, research institutes and Fortune 500 companies, and is widely used in the fields of science, engineering and education. Therefore, it is very useful for mathematicians, educators, engineers and scientists.

Maple builds in a dynamic command-line style of programming language that supports scoped variables. Meanwhile, it also comes with interfaces for other programming languages (like C, Fortran, Java, MATLAB, and Visual Basic), as well as interfaces to interact with Microsoft Excel. Its inbuilt advanced technologies can solve mathematical problems in modeling and simulating, and its comprehensive calculation commands cover almost all branches of mathematics, such as calculus, differential equations, special functions, linear algebra, image & sound processing, statistics, dynamic systems, and so on. 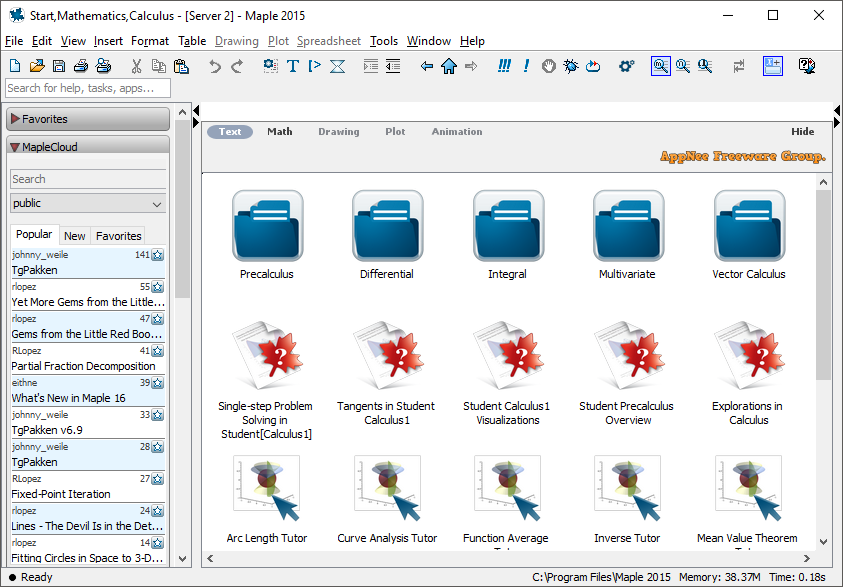