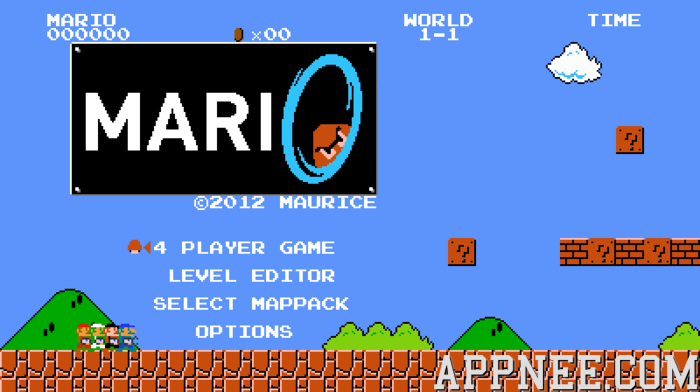 Mari0 is a free, open source complete recreation of Super Mario developed by Stabyourself. It combined the classic elements  of Super Mario Bros. (1985) with Portal (2007), making the classic video game filled with a modern taste and more outstanding gameplay.

Although based on Super Mario Bros., Mari0 was endowed with completely different game play. For example, you can make various portals with the portal gun in your hand and apply this technology to challenge many levels with high difficulty. Maybe you feel very difficult at first, but when you started slowly, you will find many interesting things, such as throwing those damned monsters directly to some strange places…

In addition, Mari0 supports up to 4 players playing at the same time (which is really like the Super Mario on Wii platform) – four players appear in the game simultaneously, everyone can cooperate to complete the levels. What is more, Mari0 has a built-in level map editor, with which you can create your own Mario world!

More exciting and amazing, there are so many highly customizable options of Mari0, where you can do some kind of dress to your Mario. Even, you are also allowed to use the character in Portal to play in Mari0! Anyway, this game surprises a lot of Super Mario fan players, just give it a try.