While following the fine traditions of this game series, faithfully and accurately presenting the historical facts, Medal of Honor: Airborne lets players experience various well-known battles in European battlefields during WWII in a brand-new way. Each mission in the game begins behind the enemy lines, and is accompanied by tensive, complete and interactive process of airborne landing. You can decide where you start parachuting, in particular, different landing sites will directly affect the way you will complete your missions. Even, you may be shot by the enemy without walking a few steps after landing, which is indeed a real reflection of paratroopers in World War II.

In addition to photorealistic graphics and lifelike sound effects, strengthened interaction effects and artificial intelligence reaction design, as well as the gameplay driven by a series of suspenseful and stimulating storylines like a movie, the development team of Medal of Honor: Airborne still made the authenticity and credibility of this game come first. For this end, they looked up a lot of information, and consulted multiple experts and WWII veterans, even specially conducted a field research to Europe. They did this with the only purpose – to ensure the authenticity of games on both history and geography. 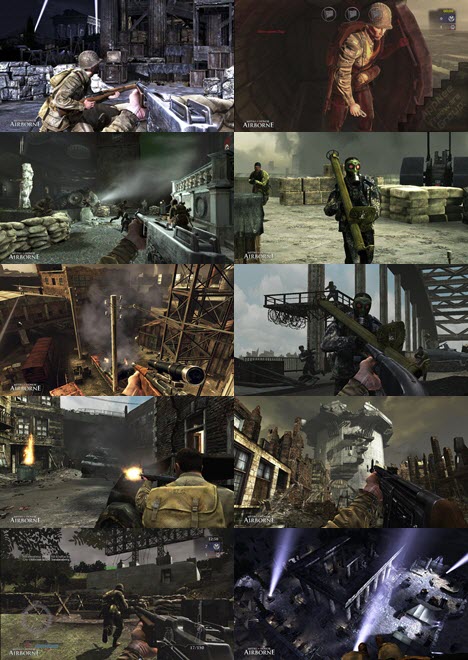