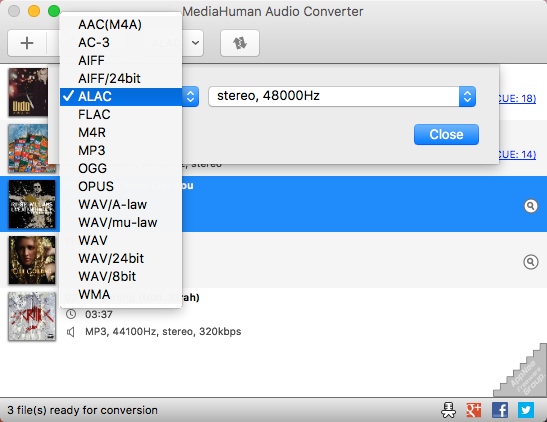 MediaHuman Audio Converter supports 30+ audio file formats, including the most commonly-used ones such as MP3, M4A, OGG, AAC, WMA, WAV, as well as many lossless formats such like FLAC, ALAC, APE and WavPack; supports drag & drop operation to simplify the usage for inexperienced users; can automatically export the converted files to iTunes; uses all computer cores when converting in batch mode; splits large files into individual tracks using the information from CUE sheet, and more.

In short, MediaHuman Audio Converter is mainly used to convert across different audio formats in batch; to split lossless audio files using CUE; and to extract audios from video files. It is very simple to operate (just drag & drop), and has very fast processing speed. If you need to convert the file format between various audio files frequently, or need to extract audio tracks from video files, then it can be a good helper. 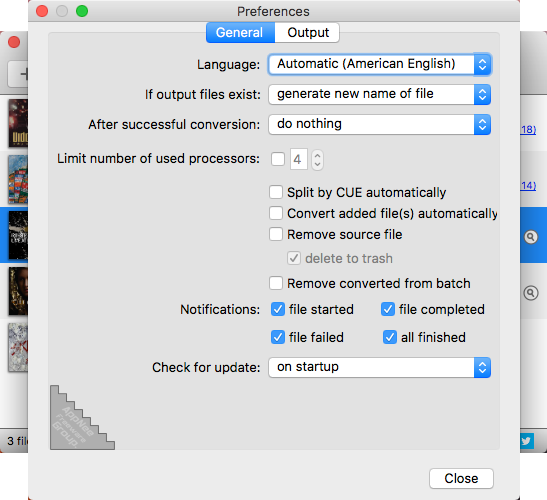