Mercenary Kings is a small and very cool indie game developed by Tribute Games from Canada, it lets many side-scrolling retro game hardcore enthusiasts feel gracious. Especially, after hatching by Kickstarter, it was successfully commercialized.

At first glance, Mercenary Kings seems to be an imitation work paying tribute to those classic action shooting series of video games (such as Metal Slug, Contra, Gunstar Heroes) – to some extent, it really is. However, Tribute Games added some relatively modern RPG elements into this game, especially the large weapon synthesis system and Monster Hunter-like mission & materials collection mechanisms. Each of so many levels is full of weapons parts and materials, which can be collected by players at will and eventually synthesized into different types of complete weapons or weapon accessories – that means nearly endless possibilities. In addition, Mercenary Kings supports up to 4 players co-op game mode, and comes with extremely high degree of difficulty, playability and replay value.

To make a long story short, Mercenary Kings’s weapon synthesis system is even more complicated, more visualized, and more abundant than many similar AAA level of big PC game works. If you are able to enjoy the double feelings (action adventure and RPG) it brings you, then this mechanism of constantly expanding your arsenals through combats is sure to “murder” hours of your spare time. 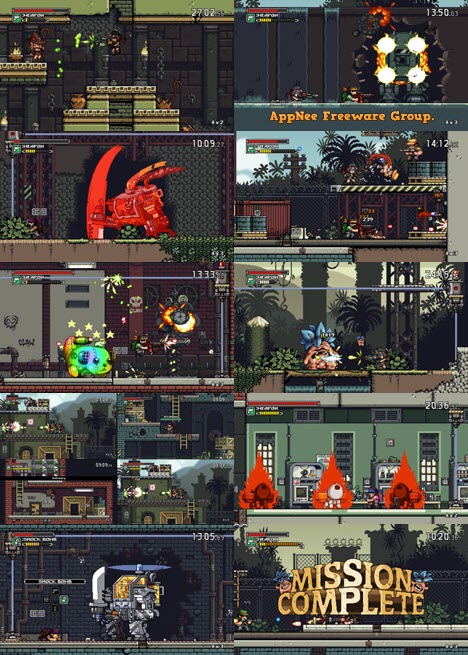