MyPhoneExplorer is a very practical, completely free and portable Sony Ericsson and Android mobile phones management software, developed by FJ Software from Germany. It allows you to control and use your smart phone from a PC (Windows or Linux), view and manage apps, and learn all kinds of information in your phone. Once the connection is established, you can perform various tasks related to personal information management on the computer.

MyPhoneExplorer enables users to easily and efficiently manage the contents in a smartphone on a computer by allowing users to connect their phone to computer via USB cable, Wi-Fi, Bluetooth or infrared. It already works well with nearly a thousand models of Android-based smartphones; supports for synchronization with Outlook (Express), Thunderbird, Sunbird, Lotus Notes, Tobit David, Windows Contacts, Windows Calendar, Google Mail, etc.; allows to direct view/edit/send SMS text messages, manage applications and files; allows to make/receive calls; allows to create backups for everything like messages, contacts, calendar entries and files; and more.

You will be surprised at how easy and effective it is to manage your phone using MyPhoneExplorer. In fact, since its first release it has grown to be the most popular mobile phone manager. Even better, this program is still being updated. BTW, MyPhoneExplorer originally only supports Sony Ericsson smartphones. But since version 1.8, it has started to support Android-based phones (running Android 1.6+ OS). 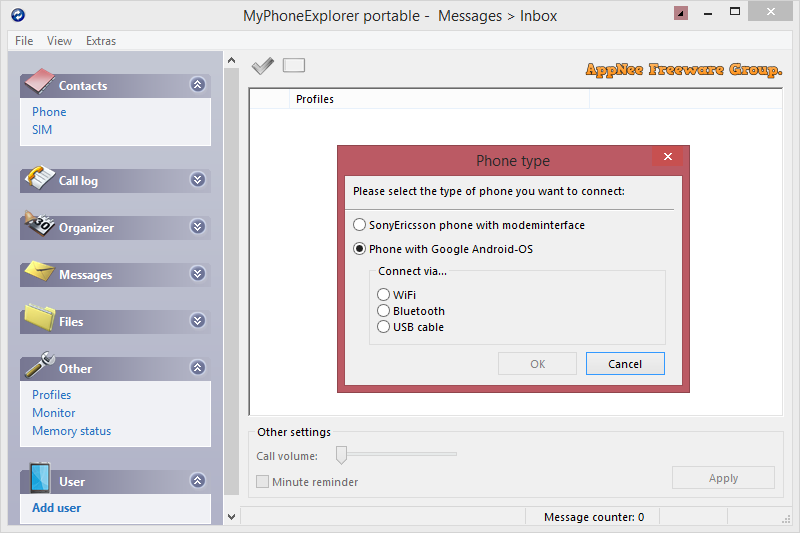 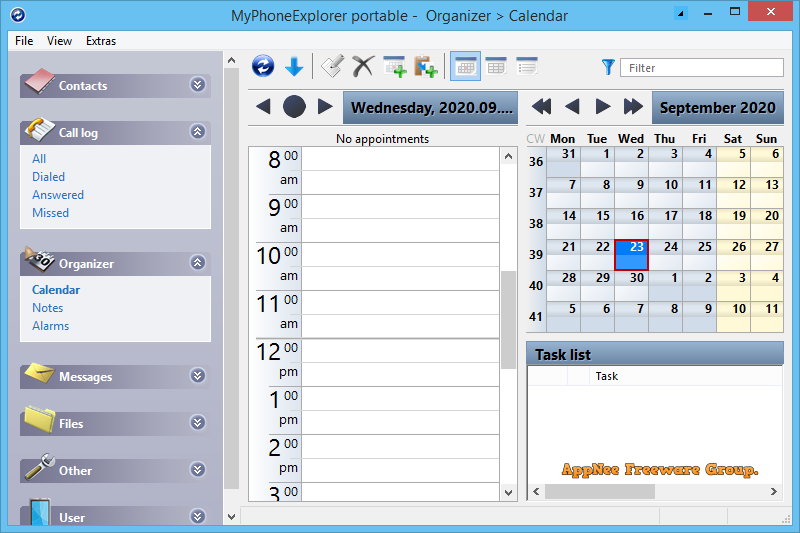