Since Nintendo entering the N64 platform, the orthodox Super Mario series games had stepped into its 3D era, the graphics and gameplay were all converted to the stereoscopic 3D from the previous plane 2D. 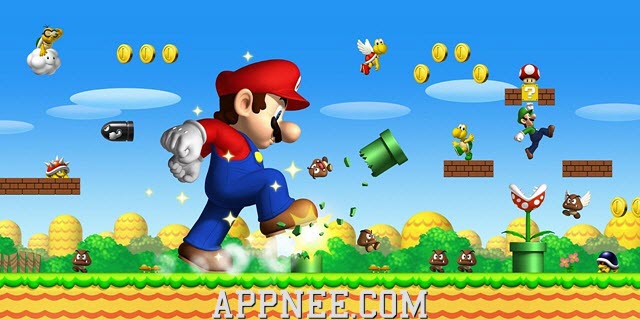 New Super Mario Bros. returned to the classic series of 2D side-scrolling gameplay, in addition to faithfully recreating the original essence elements of Super Mario Bros., in NSMB., the variety of brand new skills endowed with characters as well as new added props made the game more interesting. Especially the giant and dwarf mushrooms greatly increased the fun of gaming.

Besides, NSMB. not only skillfully took advantage of the characters of NDS double-screen, it also joined wireless network netplay support, so as to enables players to enjoy much more fun with friends (up to 4 players). If you heard some noise when playing, do as follow once or twice in the emulator to eliminate that: