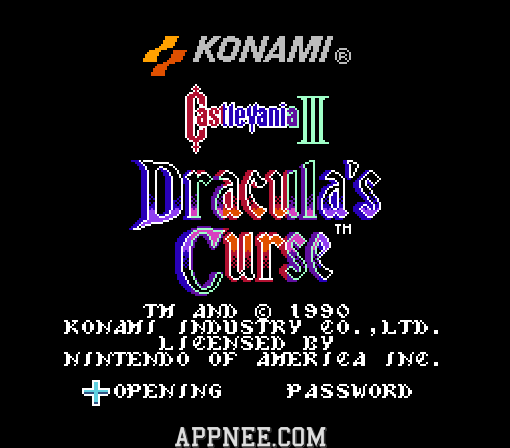 Castlevania III: Dracula’s Curse provides many routes and characters for choice, and this is the only one work in Castlevania series with the most characteristics on FC console. For a period of time, this work’s game settings and design have influenced many subsequent sequels.

Compared with the of the single-line and one-off level design of the first work (Castlevania 1986) and the multiple-risk on big map of the second work (Castlevania II: Simon’s Quest), Castlevania 3 takes separate level system coupled with branching maps. That’s after the adventure is finished at some area, another map will open for players to choose the next stage direction, at the end, all the branches will join together when attacking the castlevania.

BTW, the BGM (background music) of the USA (EN) edition was remade because of the sound source, as a result, it sounds more clear than the Japanese edition.