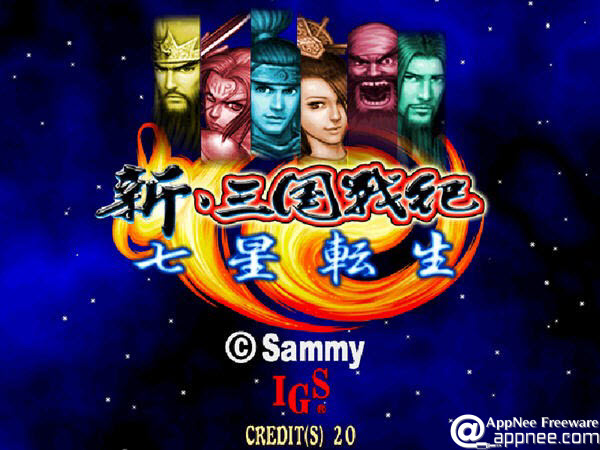 Knights of Valour is a very classic, famous Sango story based, 2.5D side-scrolling action game series in the arcade market, developed by the Taiwan International Games System Co., Ltd. (IGS) adapting from one of the Chinese Four Great Classical Novels, with many models and versions.

New Knights of Valour: The Seven Spirits (AKA: ?·?????????; Sangoku Senki 3) is a sequel of KoV series released by IGS together with Sammy and Atomiswave. In KoV 3, a big feature is switched the hitting method to a new “??” (i.e. press keys in rhyme). In layman’s terms that means the every hit is pressed out using buttons, which is not shaken out using the rocker as usual other Knights of Valour series.

The graphics analog a real 3D space effect, that is to say the size of character changes with distance. As for sound, I just feel it’s not so passionate as before, instead of a bit depressing feeling. In other aspects, such as “warrior skills”, “seven stars reincarnation”, “god beast liberation” and other new game systems, they will all give you a kind of brand-new feeling. 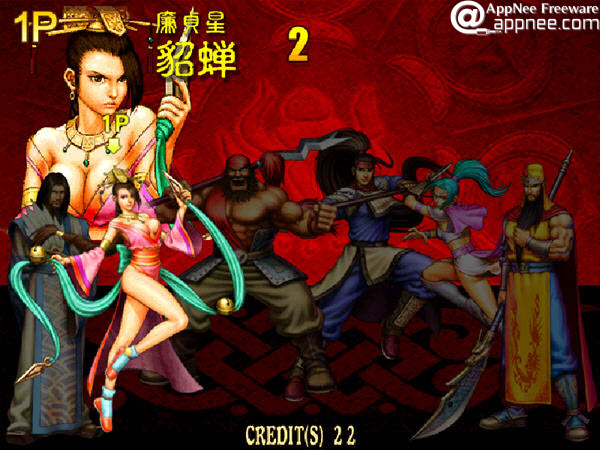 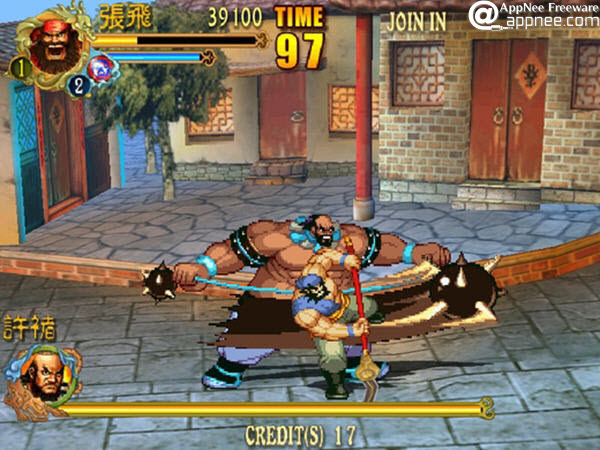