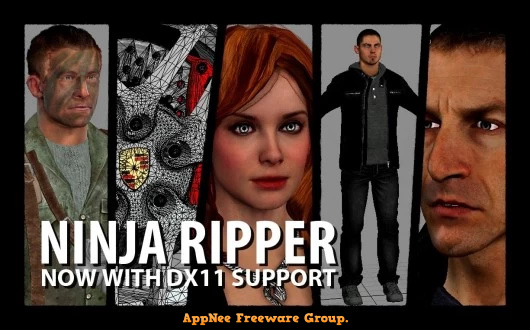 Ninja Ripper is a very powerful and popular free utility used to extract/rip resources (such as 3D models/meshes, textures, shaders) directly from almost any running game, whether it’s online game via client, web game via web browser, video game via console emulator, mobile games via Android emulator, or PC game. It was developed by black_ninja from Russia.

As a ripper, Ninja Ripper is able to extract all available vertex information of models (including positions, all the texture coordinates, normals, weights, BLENDWEIGHT, BLENDINDICES, BINORMAL, TANGENT), indices, textures, shaders. Theoretically, Ninja Ripper could export any in-game models, textures, etc, and all extracted resources could be imported into 3D editors! It supports for D3D 11/9/8/7/6 (processed, however not all methods/techniques, but should work for 95% of all games).

As an importer, Ninja Ripper is able to import models and UV-coordinates. In theory, it’s also possible to import any data saved as .rip file, including the weights of vertices, which are used to link models and bones. The only problem lies in the generation of the skeleton and its connection with the model (vertices).

Other common game model extracting tools are 3D Ripper DX and GameAssassin. Thereinto, GameAssassin is easy to use, but unfortunately it’s not updated anymore. In addition, they have two fatal weaknesses – they neither support extracting resources from DX11 games, nor support Windows 8 and higher versions of Windows. As a direct result of this, both model extractors are useless for many DX11-based games and Windows 8+ operating systems.

In contrast, Ninja Ripper supports models/textures extraction for DX11 games on Windows 8+. But unlike other game resource ripping tools, in Ninja Ripper, you won’t see any prompt when you hit the ‘Run’ button to start a game. But don’t worry, the game resource extraction process is already started in the background. As for how it works, Ninja Ripper, instead of decrypting a game program, takes over the D3D API while the game is running, retrieving game resources from the parameters of the rendering API. 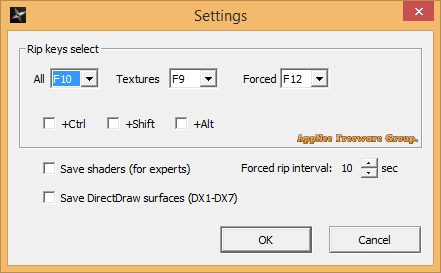